Though video games have spent years being tethered to whatever piece of hardware we’re using, the concept of cloud gaming could turn the entire industry on its head. If you’ve been confused upon seeing the term “cloud gaming” floating around the internet then you’re in the right place. Let’s lay out a simple explanation of what exactly cloud gaming is.


With games starting to look more-and-more impressive, it means that we’ll need some sturdy systems with some expensive parts if we want everything running smoothly. You could sink hundreds of dollars into pricey PC-gaming parts, or replace your current console with the next iteration (like the upcoming PlayStation 5 or Xbox Scarlett,) or you could simply download an app and stream your games. Streaming content shouldn’t be new to anyone living in the modern world, if you’re watching a YouTube video or Netflix movie then you’re streaming the video from a server onto your display of choice, that same idea is being implemented as cloud gaming. This means that you could stream the latest games into your home from a device that could cost thousands and thousands of dollars.


But what could you do with all that power? There are talented technicians and developers looking to the horizon, especially over at Google. Their upcoming cloud streaming platform Google Stadia is coming to early access purchasers sometime this month and they’ll finally put the service into public hands with promises of better-looking games that run at even higher frame rates. Stadia’s servers could improve the appearance of water, the number of enemies on a map, and potentially bring in massive battles between hundreds or thousands of players at a single moment. These are some big promises, but are these ideas realistic? There are more than a few hurdles in the way. 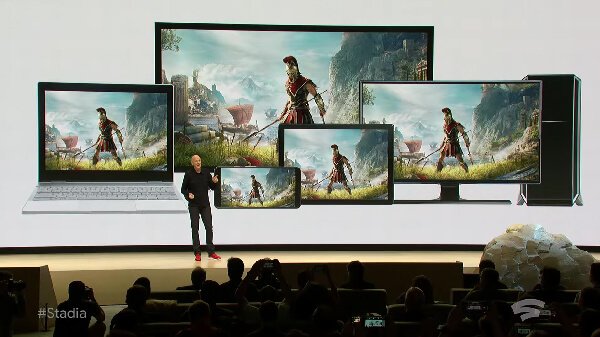 Google Stadia may be the most interesting platform for cloud gaming.Courtesy of Google


Head in the Clouds


Have you ever stared at a YouTube video’s buffering icon? Or had a Netflix or Hulu video just refuse to load? Now imagine this problem with a game that you’ve paid full price for. Unfortunately, that seems like a somewhat-probable scenario. Though the super-computers running these games are nearly as advanced as we could possibly imagine, we’re still bound to whatever internet service we have access to. If you have a slow connection speed or a data cap, it’s likely that you’ll have a bit of a tough time with cloud streaming. Additionally, you won’t actually own the games you buy. Much like if you buy a digital game today, you’re actually just purchasing a license to get permission to download and access the game, different than the ownership you have over your very own disc. That doesn’t mean that we won’t have those problems solved one day, but it looks like an idea that may come into better focus in the 2020s rather than the 2010s. 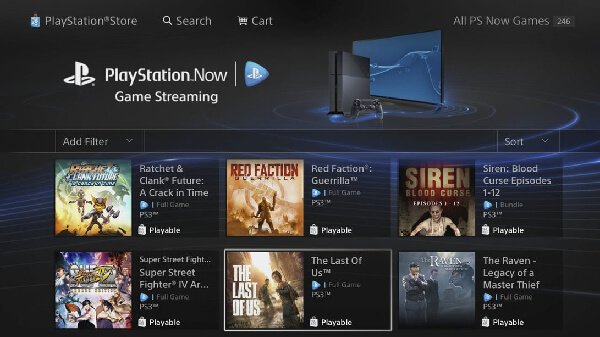 PS Now has been around since the latest years of the PlayStation 3 era.Courtesy of PlayStation


If you’re interested in trying out some streaming tech for yourself, you have a few options. First off, PlayStation Now is Sony’s very own streaming service and lets you stream some big-name games like Uncharted 4 or God of War onto your PC or PlayStation 4. Or, if you’re out of the house, you can use their remote play feature to stream your own console to a mobile device and play your PS4 out on the go. Sony isn’t the only one looking to the future, Microsoft’s Project xCloud is poised to do a similar thing to PS Now and Stadia but with the Xbox brand. For the time being, I’d say you’d be safe to stick with your machines but it’s time to consider how the world of video gaming can and will change. 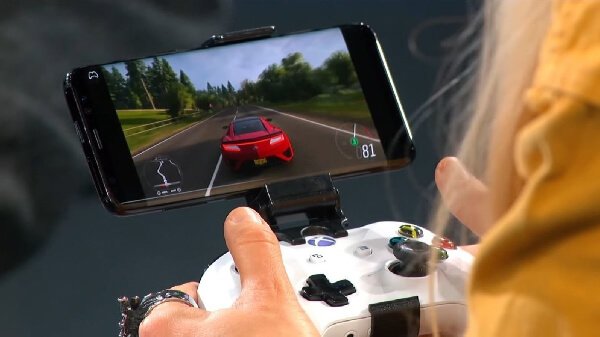 Streaming games like Forza to your phone could change the idea of mobile gaming.Courtesy of Microsoft


What do you think of cloud gaming? Are you looking forward to the idea or are you sticking with your physical hardware? Share your thoughts below and leave us a comment!

Craigslist Gets an App to Compete With Facebook Marketplace | News...

Crypto Market Sentiment on the Verge of the Negative Zone

Training for prison officials in Kerala

Sir Dan Brings an Easy Platinum With MediEvil on PS4