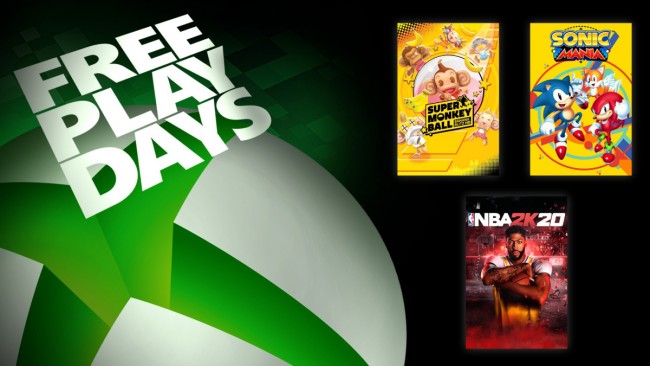 [VALENTINE’S DAY FREEBIES] Tips on How to Have Free Access on NBA 2K20, Sonic Mania, State of Decay 2 and More!  ( Xbox )

Valentine’s day is now happening! Are you still looking out for ways to spend the last hours of this love day?

Luckily, you don’t have to worry no more. Tons of the best and classic video games available to be played on Xbox, PS4, and PC are currently offering free access to their games as long as you’re a member!

Top five free video games to play on the weekend!

Surprising video game treats are delivered straight for you by the most popular game companies in the industry. Here are the top five best video games that you can play today until the end of Valentine’s day with no additional charges!

Can’t get enough of playing the 21st game installment of NBA 2K series, NBA 2K20? If yes, it is your lucky day today! If you are an Xbox Live Gold Member and wants to take this free access to the next level, Xbox is willing to give out this game without any charges for the next couple of days starting Friday, Feb. 14 until Sunday, Feb.16.

Join the Los Angeles Lakers in tribute to the past legend Kobe Bryant into having their championship in the game by going to Xbox’ website, signed in to see the option to install with your Xbox Live Gold membership and download by clicking on the Gold Member area on the home dashboard on your Xbox One.

Aside from NBA 2K20, another two major games of Xbox are also up for grabs for this weekend: Sonic Mania and Super Monkey Ball: Banana Blitz. Catch the game Sonic Mania on Xbox and join the all-new adventure of Sonic and the gang for free! While taking up the challenge and try the variety of challenges from your beloved Super Monkey!

Another game that is now free to access on this Valentine’s month is the best zombie survival video game developed by Undead Labs: the State of Decay 2— with its newest and latest edition called Juggernaut!

Have the chance to gain free access on this State of Decay updated game once you have a State of Decay 2 game on your console. This Juggernaut Edition will not be available until March, so this is the perfect weekend to try and play the latest product of Undead Labs.

If you’re looking for other video games to choose from for this weekend, Epic Games Store is also offering simple Valentine’s day treat for all couples or even single players out there!

The DeanBeat: We don’t get to celebrate games enough

admin - December 11, 2019
0
Software company Qualtrics plans to triple its staff in Plano to 300 people in the next two to three years, the company announced Wednesday.The...

Best Mindful Apps You Can Download for Instant Peace

Google Fit will soon be able to track your sleeping habits

MintDice to Bring New Toys to the Crypto Gaming Market