President called for to “step up to the plate” and suggested the company unlock iPhones used by the gunman behind the Dec. 6 terrorist attack on a Florida Navy base.

In a tweet on Tuesday, Trump said the U.S. government helps Apple on trade and other issues, so in return, the Cupertino, California-based technology giant should unlock phones used by “criminal elements.” 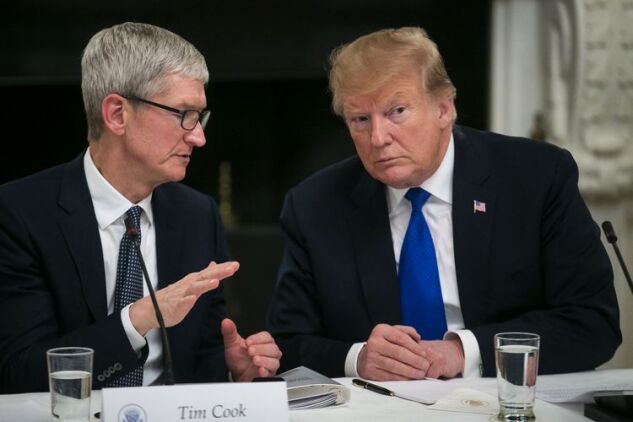 Tim Cook, left, speaks with Donald Trump at the White House on March 6, 2019.

Trump and Apple Chief Executive Officer have cultivated a unique working relationship, and these ties likely contributed to Trump negotiating a trade deal with China that will potentially save Apple billions…

Say hello to the new Fantastical: one robust calendar for iPhone, iPad, Apple Watch, and Mac

Coronavirus will not interfere with the production of iPhones in China

Tim Draper Opens Up on Blockchain, Crypto, and the Future

Why You Should Bet On NetEase – NetEase, Inc. (NASDAQ:NTES)

How Brands Can Get In The Game

Apple iPhone 11 Pro and Pro Max review: Better, but not...