CES, the consumer electronics show that takes over Vegas in January, has just recently wrapped up. Between all the announcements, a few tech trends emerged that are going to be very significant for photographers and videographers over the next year. Want to know what they are?

While Samsung’s Neon isn’t going to be confused for Bladerunner-style tech anytime soon, AI has become more than a buzzword. There were a number of AI-related announcements at CES, but a few have stood out as particularly important for photographers.

LucidPix has introduced an app that uses AI and information from a single sensor to generate a pseudo-3D motion effect in images. While this is a technically meaningful accomplishment, as past solutions have required multiple sensors, the overall effect isn’t that impressive to me. This doesn’t seem to be much more than the latest fad Snapchat filter.

Still, as processors continue to improve, these effects will only get better. Taken in combination with computational imagery trends like Night Mode/NightSight, it’s clear that software is driving imaging advancements at the low end.

For photographers, Canon introduced an AI-powered plugin for Lightroom Classic that can sort through your images, culling on the basis of technical quality. The app uses Lightroom’s built-in flagging tools to designate images that are technically “better” than the other shots.

While this announcement was a bit light on details (like many CES announcements), photographers are supposed to be able to customize the settings of the app. While there wouldn’t be a technical reason, at least apparent to me, why this wouldn’t work with any image, Canon hasn’t made it clear if it will work with images from other manufacturer’s cameras.

Interestingly, this is going to be offered as a monthly subscription on the Adobe Exchange App Marketplace. Having read the comments sections on past Creative Cloud articles, I’ll be interested to see what consumers think about another subscription on top of CC, just for culling.

With CES’s heavy consumer focus, TVs are always a major source of news. While announcements about continued improvements to OLED and MicroLED tech have also dropped, 8K is the major focus.

The tech is still a couple of years away from widespread consumer adoption, but it’s clearly becoming a more important medium in business-targeted displays. I think this news is actually a great reminder to check your mental model for digital deliverables. Is web size really 1,024 px or 1,600 px anymore? Instagram may still be stuck in 2006, but many phones, laptops, and TVs are capable of displaying much more resolution. Do your clients want it?

Interestingly, it seems like the gap between 8K consumer-accessible recording devices and display mediums will be narrower than past resolution jumps. I remember 4K was available for quite a while before you could easily shoot it as a consumer or prosumer. Whether these higher resolutions are even needed for most devices is debatable, but it’s still important to keep in mind for consumers’ expectations.

Going along with higher resolutions are weirder aspect ratios. While ultra-wide monitors have been available for a while, Samsung’s latest TV design takes things in a whole new direction, literally. The Sero TV has the ability to pivot between horizontal and vertical, intended for “millennial and Gen Z consumers.” 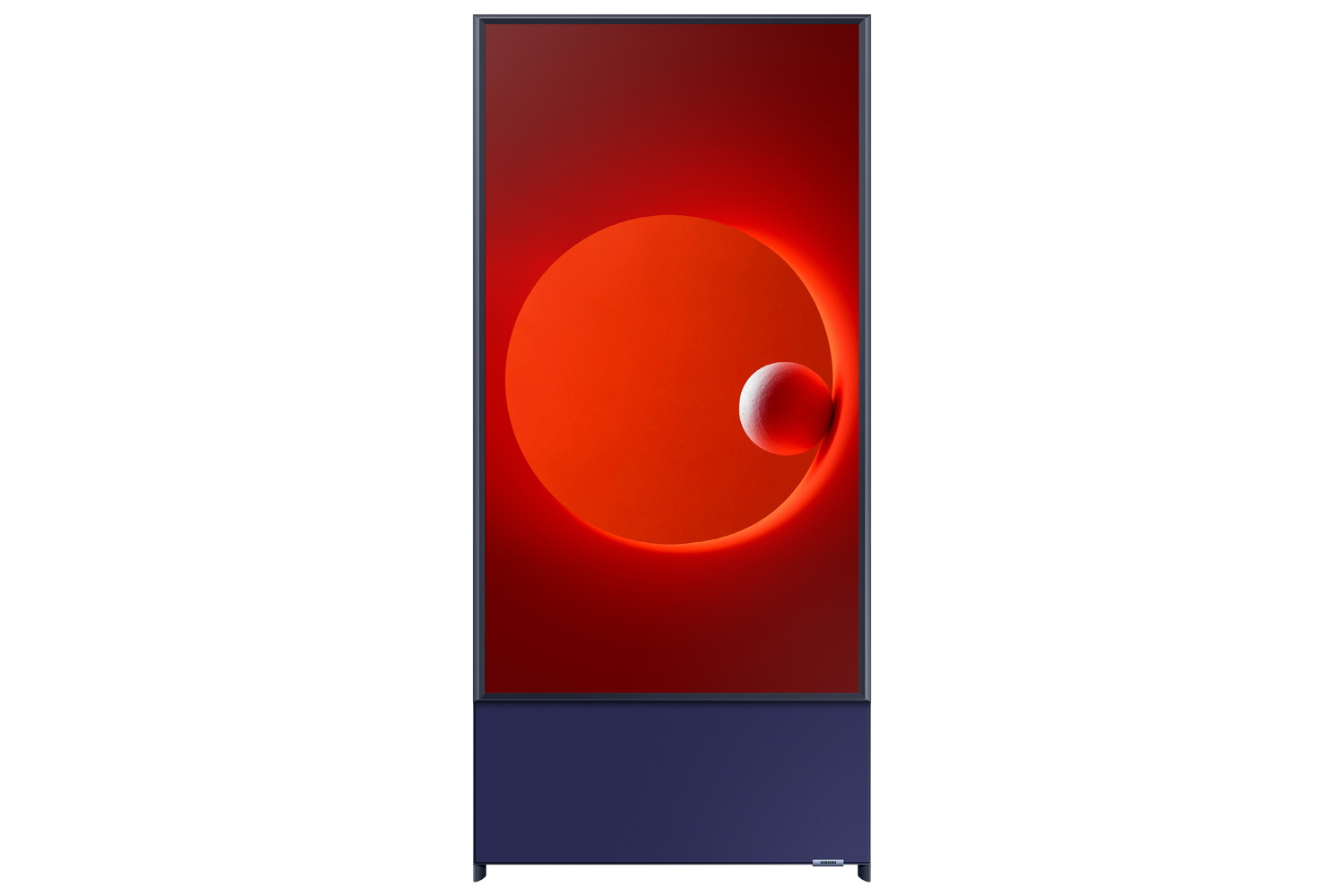 To me, it’s another painfully niche concept, but an important indicator of just how many users are watching things in the wrong aspect ratio. Perhaps the satire of the EOS RiP wasn’t too far off.

Of course, not every display is going to be set up this weirdly, but for photographers, new aspect ratios can mean new possibilities. For example, an ultra-wide monitor like LG’s 38UC99 looks like a great way to have an entire image, along with editing tools, all in one display. For videographers, even the question of delivery aspect ratios is now up in the air. I’ve seen an increasing number of YouTube videos come in a wider format to make more use of phone display’s taller screens.

One last consideration is the new trend of foldable devices. While this is still an entirely new tech trend, it’s clear that phone and device manufacturers consider it to be the next step for their halo devices. Some are using it to fit the same size and ratio screen in smaller devices, while others are using it to stick a folding-road-map screen in a still-pocketable device. As a result, I don’t have much good guidance for this point, other than to say “watch the space.”

Canon and Nikon both had new DSLRs announced over the last few days, with the EOS-1D X Mark III and D780, respectively. While these have both been covered at length, they have one common thread running through their spec sheets: the addition of mirrorless camera features in the maker’s “legacy” mounts.

Canon’s camera with the new DIGIC X processor, AI-powered AF system, 4K video from the full sensor, and 20 FPS Live View shooting has made it clear that Canon isn’t writing off the DSLR yet. When it comes to lenses, however, the party line is a bit more muddled, with Richard Shepherd, a senior manager for Canon Europe, reportedly having said: “We are ready to create new EF lenses. But for now, our focus is on RF”.

Nikon’s D780, a less significant update than the 1D X, is still important, considering the predecessor was one of Nikon’s top selling FX cameras. Interestingly, the hybridized AF system brings over much of Nikon’s mirrorless Z camera DNA, offering phase detect AF and contrast detect AF, along with eye-detection AF. Video shooting capabilities have also been upgraded, with 4K/30 and 1080p/120 now available. Whether these spec bumps are worth the $2,800 is another question, but it’s interesting to see what these manufacturers still had in the pipeline after their big mirrorless push.

It’s clear that the markets are shifting and have been for quite some time. It seems that other companies are moving more quickly and taking more risks than the legacy camera manufacturers. Of course, not all of these risks will pay off, but it’s interesting to see how fast some markets can move in comparison to cameras, which can go years without much more than a spec-bump update.

CES is a huge event, and a number of announcements didn’t make the cut. Things like 5G will continue to change how people consume digital content, while ever-faster chips from companies like AMD and NVIDIA will one day make Lightroom enjoyable to use with large files. Are there any announcements you thought were particularly interesting?

Why Microsoft put Android on Surface Duo and Windows 10X on...

Concept Android Auto app alerts you of pedestrians before you see...

A Majority of Kids Have a Smartphone By Middle School, According...