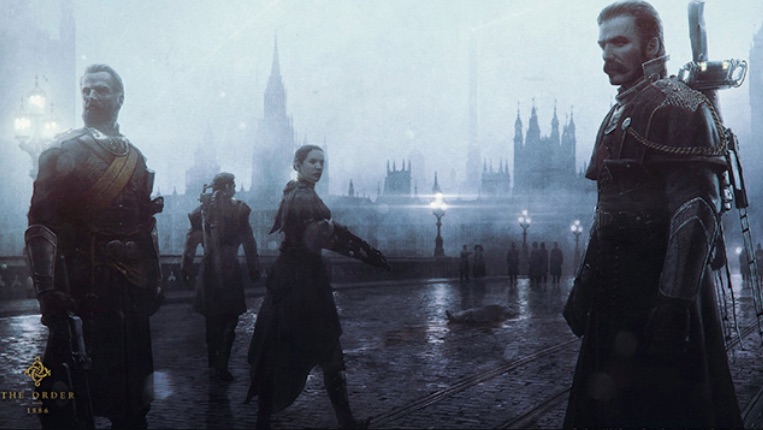 If this latest rumor is to be believed, it would seem that the visually stunning PS4 launch title The Order 1886 is set to get a sequel on PS5. Apparently leaked by NeoGAF user OsirisBlack, who claims to have seen “an early vertical slice” from the game, the leaker goes onto describe what they saw in painstaking detail which you can read below.

Man walks into a dimly lit room, light bleeds across the room from a shoulder mounted communication device. It is the most light in the scene. There is a light mist and sparks spew from a torn electrical wire tossing light and particles around as the man cautiously makes his way across the room. His boots leave prints as he walks across the polished floors the dim light showing his reflection in the floor. The wire behind him cracks and slows as it comes to a stop along with all of the other lights in the room shutting off at the same time.

The man covers the device on his shoulder but the light bleeds through his hand. The man pulls a firearm and continues making his way through this large sterile room. A noise behind him and he turns around removing his hand from the device at his shoulder and revealing himself to everyone. The light illuminates the room and a table he had walked past has been knocked over. The table cloth is still slowly settling on the floor along with all of the other things from the table that have been strewn about. Off in the distance a pair of yellow eyes open and fix on the man. (You will know who he is but I cannot say) he raises his fire arm and fires off several shots.

The flash from the gun illuminating the darkness as the creature reels then attacks. Another set of eyes opens as it runs across the room at him. You can see the impact of the weapon punching holes in this thing as it makes its way across the room. The man backpedals and falls down (Monster is right on top of him at this point) over something as he is trying to get away. He fires off a few more shots while on his back and scampers to his feet. The monster still chasing he makes his way into the next room and slams the door behind him. You hear a series of clicks and other weird noises coming through the door.

The man leans up against it and you hear a deep inhalation come from the other side of the door like the creature is sniffing around for his scent. The man is breathing heavily and removes one hand from the door and clutches his side, blood is running down his side and his pant leg and pooling under the door. Last shot is the creature kneeling on the other side of the door putting one hand to the blood (creature has four arms) then smelling it. “I have found you.” He almost sings the words then the title screen shows and that’s it.

What’s especially interesting about this apparent leak is that a link is never explicitly made between the footage and the notion that it could be a sequel to The Order 1886, as the title of the game is totally omitted from the description. Indeed, OsirisBlack deliberates makes note of the fact that the uniform of the protagonist is not remarked upon because to do so would be “a dead giveaway”.

Other clues which point towards the footage being representative of a next-gen sequel to The Order 1886 include the fact that the male protagonist in the footage carries a gun, has a device on his shoulder and has the aforementioned ‘uniform’ that is apparently instantly recognisable. Additionally, clues also come from the monster in the scene too, with the yellow eyes, prey sniffing and ability to talk all deeply reminiscent of the werewolf foes from The Order 1886.

Elsewhere, OsirisBlack Goes on to sing the technical praises of what the footage showed, saying that the whole scene all takes place in a single shot (in a manner similar to 2018’s God of War), with no loading times (thanks to the SSD) and with visual fidelity that is so high that the shift from real-time action to cutscenes is supposedly completely seamless.

As to the veracity of the leak, OsirisBlack has good form in this regard – having leaked a number of accurate details about the PS4 Pro in the run up to its release back in 2016. Further food for thought is that developer Ready At Dawn has been on a massive hiring spree for an unannounced third person action title over the last two years, a fact that ties in nicely with the seemingly sky high production values that OsirisBlack described.

At the Vatican, big-tech and interfaith groups team up to protect...

Crypto Fireworks Yet to Come As BitMEX Open Interest Remains Over...

Is Kojima Productions Teasing Something? Fans Assume It’s About to Release...

PlayStation State of Play Reveals ‘Last of Us II’ and More!