With Chanukah beginning on Sunday night, Chabad centers around the world are full force into preparing for holiday events. Meaningful and inspirational merges with entertaining and engaging at the typical Chabad event, characteristic of what emissaries offer to communities large and small. And what’s more engaging these days than the latest technological advances?

For years, Chabad has been at the forefront of intriguing new ideas—from a 3D-printed menorah to a GIF menorah to an Augmented Reality menorah. These developments have been led by Tech Tribe, an affiliate of Chabad Young Professionals that crafts events and experiences for young Jews in technology and digital media under the leadership of Rabbi Mordechai and Chana Lightstone. Tech Tribe will hold its annual Chanukah event on Monday, Dec. 23, at YokeyPokey, a Virtual Reality (VR) Club in downtown Brooklyn. The event will feature an educational 360-degree VR experience of the Chanukah story, complete with traditional oil-based foods such as latkes and jelly doughnuts.

The story behind the VR experience is one that underscores the synergy between Chabad emissaries and their community members. Ben, the publicity-shy gallery owner, had been involved in the Chabad center in Brooklyn Heights under Rabbi Aharon and Shternie Raskin. Later, he and his wife moved to the Rivertowns in New York’s northern suburbs, where they met Rabbi Benjy and Hinda Silverman, co-directors of Chabad of the Rivertowns in Dobbs Ferry.

“When Ben moved to the community,” says Rabbi Silverman, “he enrolled his children in our Hebrew school. In time, we’ve gotten to know their family. Over Shabbat dinner at our home, we were discussing the recent virtual-reality projects that Ben had been working on, and I proposed the idea of creating a Chanukah Virtual Reality for the Jewish community. Ben was very excited about the idea and eagerly turned the proposal into his personal project.”

Together with the rabbi, I worked on writing the script, and with his leadership, we made it happen,” Ben told Chabad.org. “My friend Ruvym introduced me to Rabbi Mordechai Lightstone, and together we put the finishing touches on planning an event for Chabad at Yokey Pokey. We will also be bringing the VR experience to Chabad of the Rivertowns event.”

The program is made up of five parts. First, participants will watch an educational 360-degree video on the history of Chanukah. Dreidel-spinning and Latke-making games add a real-life element to the traditional experiences. Next comes the quest for pure olive oil, where participants find themselves surrounded by ruins with the goal of finding a jug of oil.

Passionate about Chabad’s quest to merge technology with Judaism, Ben said “Chabad Centers like Tech Tribe deserve to be celebrated. Connecting Judaism and technology is a great concept, being that there are so many people that have an interest in both.” 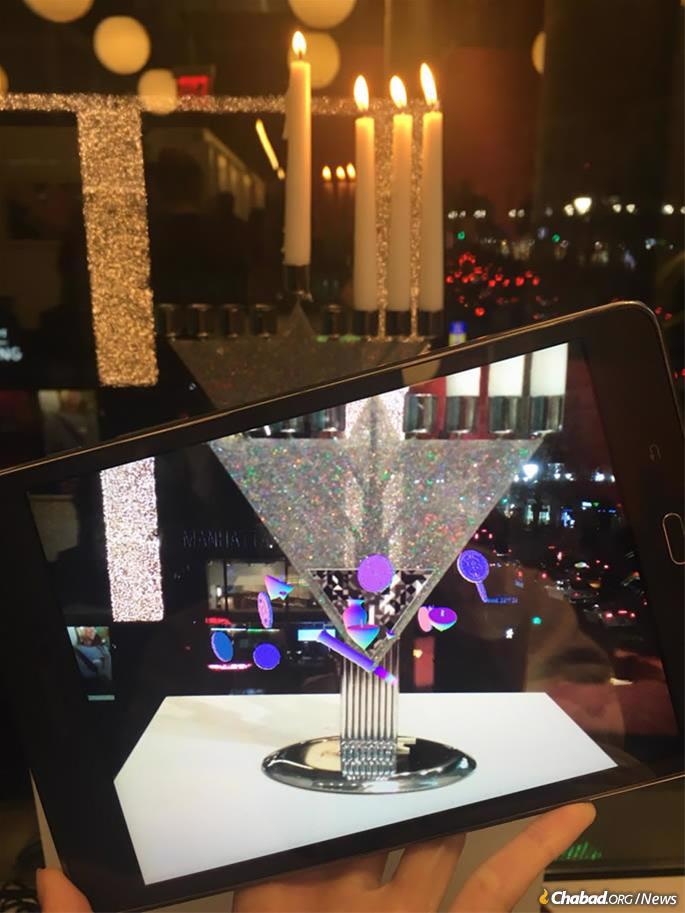 Rabbi Mendy and Hadasa Korer, who have been serving the Jewish community of Islington, a borough of Greater London, for the last eight years, will be holding a Chanukah event featuring a singular type of menorah. The world’s first kinetic laser menorah will be lit this week at their annual event on the first night of Chanukah.

The program will take on a “futuristic spin” with electro klezmer music and storytelling about “Chanukah in Space,” featuring a guest appearance by robots and space debris. “Dreidel of the Future,” and traditional latkes and doughnuts complete this science-fiction-themed Chanukah event.

The Islington menorah-lighting has grown to be the second-largest public lighting in the United Kingdom, bringing together Jews and non-Jews alike who have noted that the event is a memorable occasion for all. 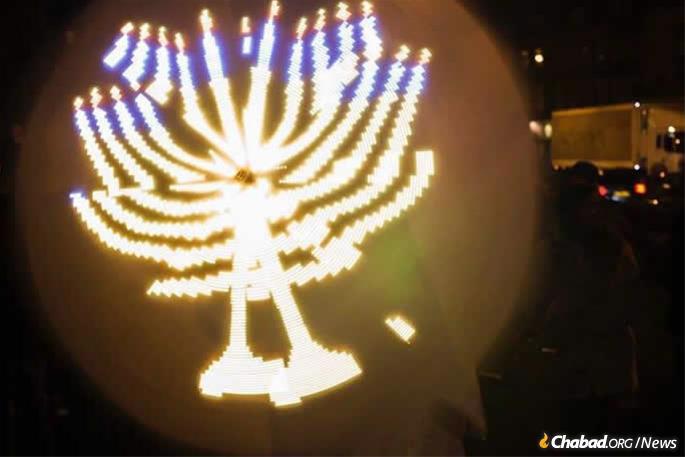 The Islington menorah-lighting has grown to be the second-largest public lighting in the United Kingdom. (File photo)


West Coast Events for the Tech-Savvy

In downtown San Francisco, Rabbi Shmulik and Tzippy Friedman, who are also involved with young professionals in the epicenter of San Francisco’s startup scene, are gearing up for this year’s Chanukah events.

“The correlation between technology and Judaism comes up all the time at our Chabad center,” says Friedman. “I am constantly bringing in examples about how many of the ideas found within Chassidism and Jewish law fit perfectly with the concepts found in modern technology. I’ve seen how people relate to and are excited about the strong parallels they see.”

“We will be holding our annual Bill Graham large menorah- lighting in Union Square,” said Friedman. “In the past, we’ve actually had a robot light the menorah. It was quite a scene. For young adults, we will hold an event featuring gourmet latkes, doughnut- tasting and comedy. We also generally visit local tech companies and hold Chanukah events there,” including offices of companies such as Credit Karma, Uber, Airbnb and Salesforce. 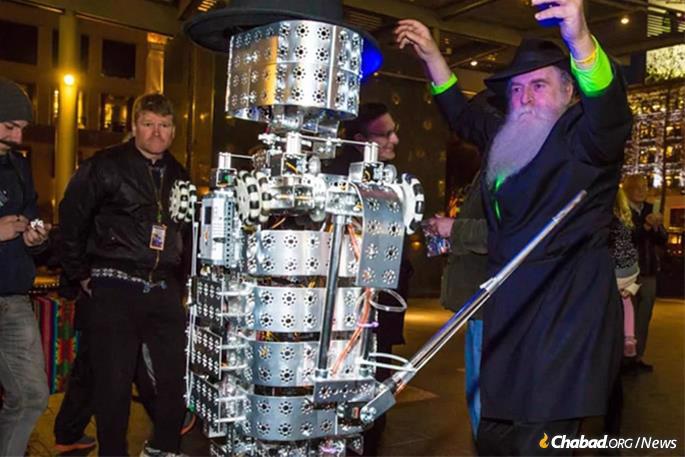 9 cool AirPods Pro tips and tricks to try with your...

Which is Right For You?

Samsung Galaxy Note 10 Plus review: The most premium Android phone...