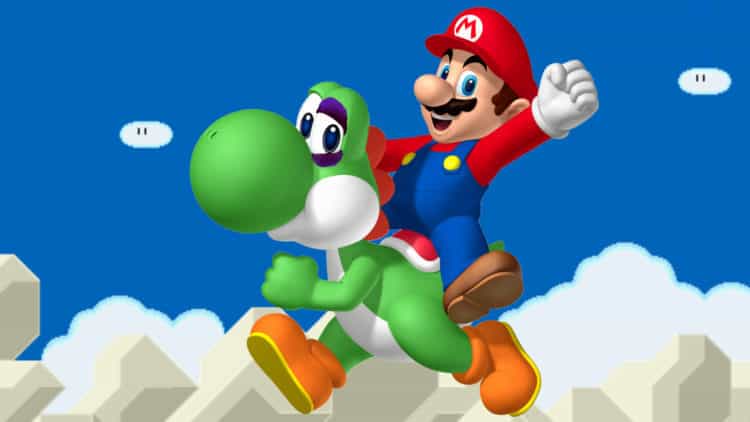 There’s no doubt that video game music has changed a lot in the last couple of decades from simple noises that were meant to convey actions and reactions to full-on soundtracks that are playing while the character is experiencing the action and everything in between. Hua Hsu from The New Yorker has a few things to say about this matter. From Pong all the way until now the music that we’ve been given has been matched in some way to the games that people have found the most enticing. When you really think about it though music has managed to enhance quite a few things throughout history and it’s almost always been something that can rest in the background and either tweak emotions or simply make the game stand out a little more. That might sound a little funny or quirky to some folks but others that know the power that music holds might get it. Think of it is this way, when you’re watching a movie what grabs you the most? Is it the triumphant or dangerous sound in the background that tends to denote the action and how it affects the main characters, or is the utter silence that comes when there’s only ambient noise and nothing else? Some people would say the latter but many would claim that a powerful soundtrack keeps a person invested and entertained as this it is rooted on a very deep, psychological level. People want to be inspired, they want to know that what they’re doing makes sense and is meaningful in some way. That’s why music in video games, among other things, is so important and does carry a lot of prestige no matter that those producing the music don’t get a lot of credit.

In video games a great soundtrack could be something soothing and elegant that sits in the background and keeps up with the pace of the game while it’s still going on, offering a nice backdrop so that the player can relax and enjoy the gaming experience. But there are times when the level of danger or action, or both, can be punctuated in a masterful way by music, and this is when the soundtracks come in to really kick the game up a notch or two. Think about Mortal Kombat without any music or sound effects and you might figure that it would get boring very quickly. Think about Super Mario Bros., any of the games really, without the sound effects and you might not be as excited for each title. From one game to another the music is one thing that unifies them and keeps them entertaining since often it is matched to the game in a way that accentuates every part of it. In the early days of gaming a soundtrack wasn’t really all that important since there wasn’t as much action and there really wasn’t any other motivation to play the game since it was new, it was revolutionary, and it offered an escape of sorts that was pleasing and didn’t need a lot of music or sound to go with it. As the years went by and the games became more and more complex the music had to change to keep people interested and as such it had to diversify with each new game that came out. You wouldn’t use a song from The Legend of Zelda or Super Mario Bros. for a game that it didn’t fit would you? Probably not, which is why the music became more and more unique to each game, and yet easier to identify since they eventually became so distinctive. Pretty much any gamer could tell you at least half of the songs on that list without having to look at the title, and since I’m not one of them I could possibly come up with a handful of songs that were recognizable.

Music is a funny thing really, and as vague as that statement is it’s still easy to explain. Some people claim not to like music but also fail to realize that their lives are altered by music every day. It doesn’t matter if it’s something they they just heard or something they remember, there are times when music affects our lives in a very profound manner. Thinking that such a thing can happen while playing a video game might sound absurd, but inspiration can strike at the strangest times. The evolution of music in video games has been and still is one of the more important parts of the game since without the soundtrack there’s really nothing but the normal sounds to be heard and a lot of filling in to do with ambient noises that might make some people anxious. It’s true really, just as much as it is for Studio Ghibli movies, video games without any soundtrack would be filled with ambient noises that to some are more natural, but others is a panic-attack waiting to happen.

Video Games for Stress – Changing the Conversation on Gaming

Ten PlayStation Franchises We Would Love To See Revived On PS5

Inside Qualcomm’s Snapdragon 865, Which Turns Everything 5G | News &...