Although the forthcoming S20 family and foldable Z Flip are absorbing all the press coverage right now, there are other important phones set to star in Samsung’s 2020 roster.

Key changes will be introduced to the Samsung Galaxy A, the Korean phone maker’s mid-range offering and biggest selling line.

What is the Samsung Galaxy A line?

Samsung previously offered the budget Galaxy J tier and mid-range A series, but merged the two lines in 2019.

It then launched a bouquet of some seven Galaxy A devices ranging from R1299 to R11 999 in price.

This month, however, the company’s pushing updated versions of these devices with “1” suffixes.

Samsung Galaxy A51: the A50 replacement

Announced in early January, the A51 has only just been made available in Europe and features a few notable upgrades over the A50.

The phone borrows a few design cues from the Note 10. The rear camera housing is more of a rectangle than a line, while the display ditches the notch for the central punch-hole camera. You’ll see a lot more of these design cues in future Samsungs. 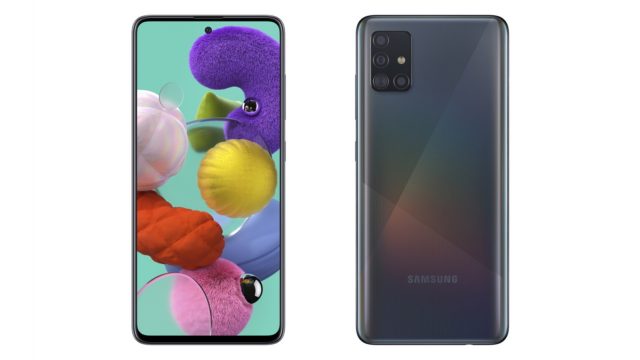 The display’s also slightly bigger too, at 6.5-inches, while the Exynos 9611 chipset is also a minor upgrade over the 9610.

6GB of RAM and 128GB of internal storage remains the best RAM and storage spec.

Where the A51 does improve over the A50 is the rear camera array.

That’s where the big changes end though. Battery size is identical, the headphone jack is also thankfully retained, but the phone does gain a pink and the Note 10-like “prism” colour schemes.

Samsung Galaxy A71: the A70 replacement

Like the A51, the Galaxy A71 receives big camera upgrades compared to its predecessor.

It swaps the A70’s 32MP primary sensor for a 64MP unit. Its ultrawide lens is now mated to a 12MP instead of an 8MP. The 5MP depth sensor is retained, while a 5MP macro sensor is a new addition. 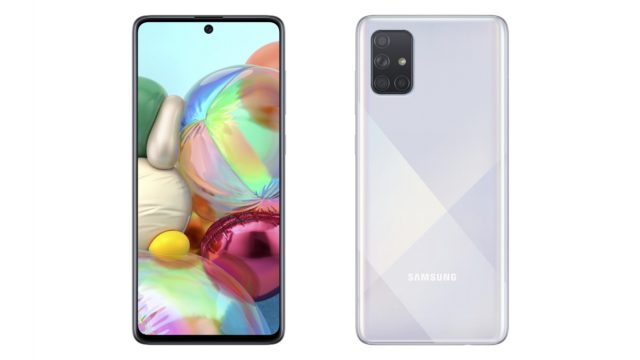 Samsung’s also upgraded the silicon. The A70 arrived with the Qualcomm Snapdragon 675, while the A71 receives the Snapdragon 730. This also means a beefier GPU too so gaming performance should be improved too.

Beyond that, the other changes are purely aesthetic.

What of the other Galaxy A phones?

On Friday, Dutch site GalaxyClub revealed details of the A41 and A31, two potential additions to the range in South Africa.

Although they haven’t yet launched in any market, the A31 is said to sport a 48MP primary camera, a 5MP macro camera, and a much larger battery of 5000mAh. That would be a sizeable 1000mAh improvement over the A30.

The Galaxy A41 meanwhile could also feature a 48MP primary sensor, but other camera and internal details are less certain.

Will these launch in South Africa?

Samsung will host a media event in Johannesburg later this week, during which it will likely announce its Galaxy A plans for South Africa.

As for pricing, we can hedge our bets based on previous RRPs.

The A40 never made it to South Africa, and it’s not clear that its successor will either.

Feature image: a composite of the Galaxy A71, by Samsung/Memeburn

Galaxy S20: 10 tips and tidbits you need to know about Samsung’s new flagships

How to Put Your iPhone Into Recovery Mode [Video]

admin - October 28, 2019
0
These are instructions on how to put your iPhone 11/Pro/Max, iPhone XR/XS/Max, and iPhone X into recovery mode.You may need to use recovery mode...

King Of Cards Adds A Fun Card Game To Everything That...

Clock Runs Out for Windows 7 Holdouts: Upgrade or Replace? |...

19 Surprising Facts About The 2020 Chevy Silverado