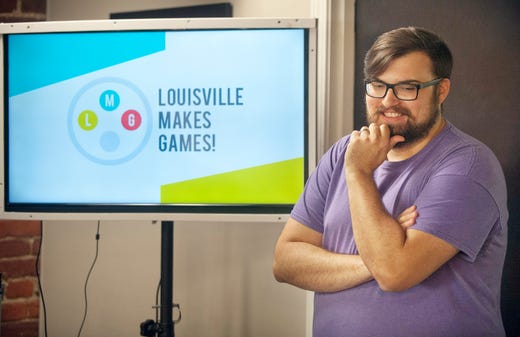 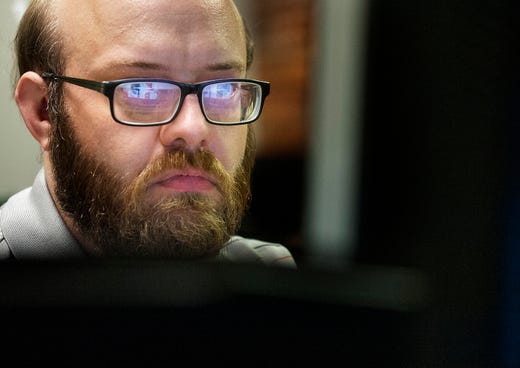 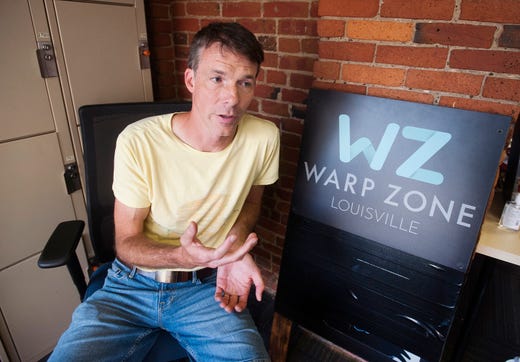 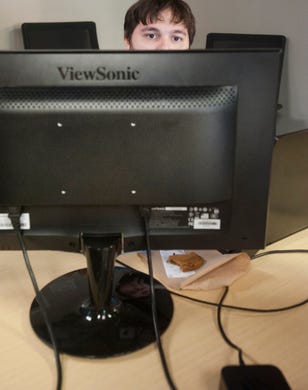 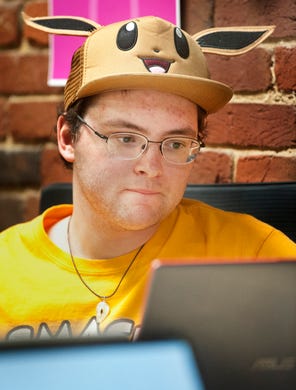 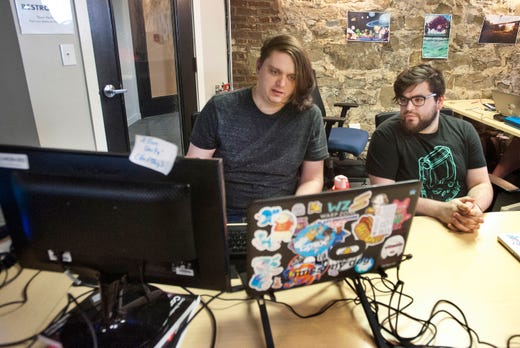 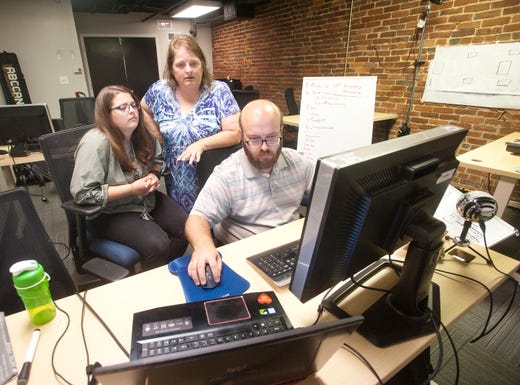 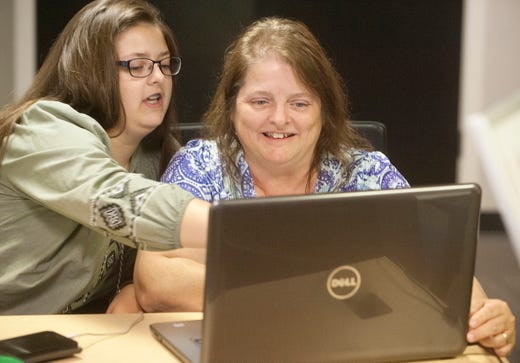 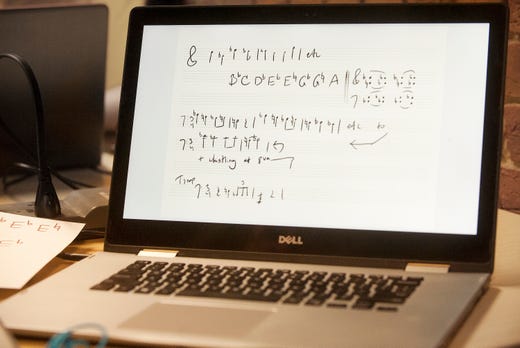 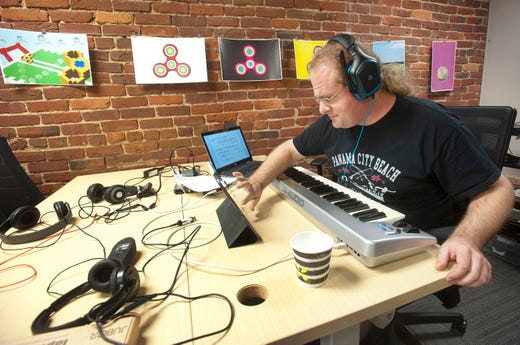 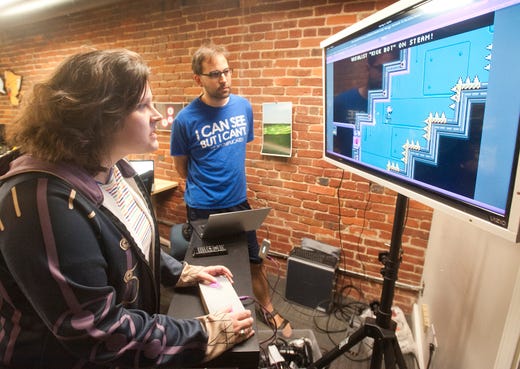 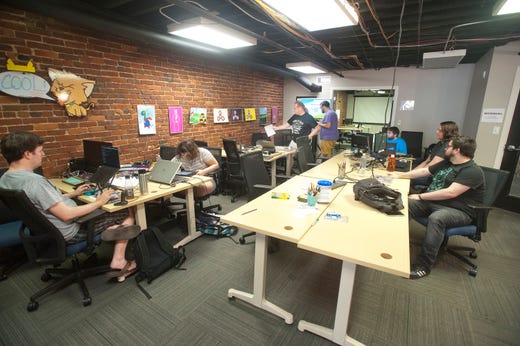 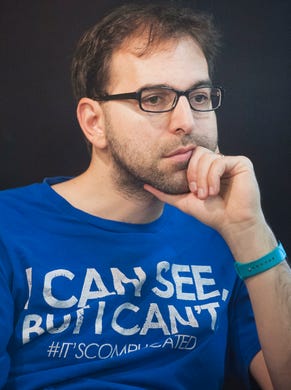 The culture surrounding video games is often shrouded in stereotypes and negative connotations.

How often have we heard the narrative, especially following mass shootings in America, that video games are linked to violent behavior. Or that people who play video games are “basement dwellers” with no life. Or even the idea that all video game developers are Silicon Valley tech bros and it’s a “man’s world.”

Louisville Makes Games is changing that.

What started as a group on the website Meetup for people interested in game development has now become a nonprofit focused on developing, educating and supporting video game makers in the Louisville area.

You may like: So, what is Geocaching? Here’s your Louisville beginners guide to the outdoor trend

Established in 2014, the group’s original mission was to promote game development as a viable career option in the Louisville area, but as time went on, the mission shifted to what it is today: creating an inclusive and approachable environment to support and educate the current and future generations of video game makers. 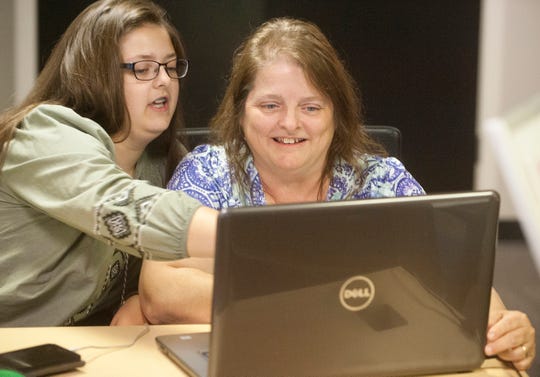 Programmers Sara Cullop of Highview, top left, and her mother Sharon, members of the development team “42_Times_Quirky work on a game called “Spaced Out,” during a Louisville Makes Games community collaborative meeting. Sara’s father, Bill, is a robotics programmer and Sara wants to follow in his footsteps. Sara’s mom, Sharon said that learning game programming was a fun way to begin that process. 04 August 2019  (Photo: David R. Lutman/Special to the Courier Journal)

The group’s message of inclusivity goes beyond welcoming people of all demographics — each workshop or training session is beginner-friendly. Sometimes being beginner-friendly means making programs for children, a segment in the groups’ education program it hopesto expand.

“We’re always showing people, yes you can do this,” said Barry Rowe, a Louisville Makes Games board member and co-founder of Roaring Cat Games, a Louisville-based independent game development company.

You may like: The ‘Year of Gonzo’ is Louisville’s love letter to Gonzo journalist Hunter S. Thompson

Alex Bezuska, Louisville Makes Games president, said the board, made up of eight members, tries to reduce the amount of gatekeeping that oftenhappens in video game development.

“If you’re brand new at something, you don’t know the right term for something, we’re not going to make anybody feel bad about anything like that,” Bezuska said. “It’s top priority that everybody feel comfortable at our meetings.”

One of the reasons Cara Bezuska, another board member, kept coming back to Louisville Makes Games meetups was how welcoming she found the community. She also met her husband Alex through the community.

“I don’t think you get that a lot with tech communities,” Cara Bezuska said. ” As a woman, I feel comfortable here. I feel safe here, where I don’t necessarily feel that way in other environments, and I think that’s a pretty unique aspect.”

You may like: This Louisville-based beatboxer was ranked in the top 5 in the nation

The bi-weekly meetups are the group’s main effort to support Louisville’s budding community of game developers. There, attendees are able to make friends, give advice or allow others to test the games they’ve made.

In an industry that’s so computer-centric, being able to meet other game developers face-to-face is a key source of confidence that adds to game developers’ motivation and inspiration, said Nathan Fouts, co-owner of Mommy’s Best Games who mentors and critiques at Louisville Makes Games.

“The other really motivating thing is when you’re making a game all on your own for weeks and weeks, and then you actually show it to somebody, and then they play it, and they’re having fun — it’s just a huge motivation,” Flouts said.

But in many ways, the vision of the nonprofit extends beyond fostering community support and accessibility. It’s driven by a love and desire to re-frame the mainstream narrative behind video games, even though “it has become more baked into our culture generally,” Stephen Abrams, a member of the board of directors, said of video games.

“Most everyone knows who Mario is for instance, (but) at this point, there are still a number of stereotypes,” he said,including the supposed link to violence.

You may like: 6 things you didn’t know about Hunter S. Thompson’s life in Louisville

Given the medium’s young history — it’s hard to pinpoint when video gaming saw its rise, but the original Nintendo gained worldwide appeal in the 1980s — Abrams said its reach as an art form is underdeveloped. He said he wants what he does at Louisville Makes Games to develop it. 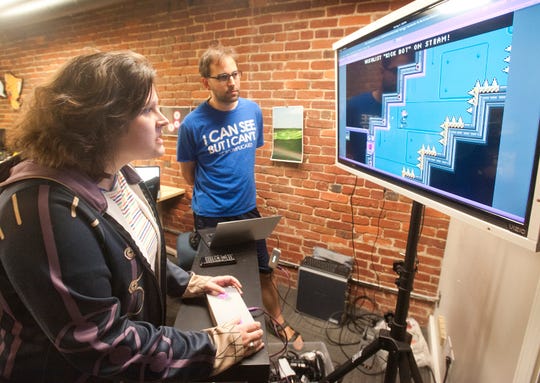 Addison Corcoran, who lives near Ballard High School, tats out the game Kick Bot at a meeting of the Louisville Makes Games! community. Watching her play is a member of the community’s board, Stephen Abrams of Crescent Hill. 04 August 2019  (Photo: David R. Lutman/Special to the Courier Journal)

“A part of the reason I care about this is because I believe in video games as a useful medium … every bit as useful for exploring the human condition as writing and film and … every other art form you can think of,” Abrams said.

Those stereotypes — including the idea that all video games are the popular first-person shooter games — are “tricky” because they turn people away from the art form, Bezuska said.

“There’s so much stuff that happens inside of what people call games,” he added, noting that the organization places an emphasis on the art, music, storytelling and sound design that goes into each game.

When people say they don’t like video games, Alex Bezuska said they probably just haven’t found a game they like yet, citing that games can be anything.

“If people aren’t into the big-budget games or the new version of the shooting game that’s been made a bunch of times, they have plenty of other stuff they can try and it’s all valid,” Alex Bezuska said.

Rowe said his company developed a new first-person game where users paint a tree and leaves grow on it.

“A lot of people will say that’s not a game, but it’s a little thing you can play with and you get a unique experience each time,” Rowe said.

Rowe said he hopes Louisville Makes Games can help broaden people’s perspective about what a video game is and how important it is as a growing art form.

“Most of the time, people are making games so somebody can have fun or some unique experience, and there’s a ton of them out there,” Rowe said. “Hopefully we can help people make more of them.”

WHAT: Kentucky’s first, and only, collaborative workspace focused on game creators. The goal of Louisville Makes Games is to promote game development as a viable career through game development programming classes for kids, industry talks, art gallery showcases and other events.

admin - September 18, 2019
0
Throughout much of the bear market, one of the themes that kept crypto investor’s hope alive in crypto investors was the thought that Bitcoin...

What Sega’s Dreamcast launch keynote would have looked like, 20 years...

Samsung may release at least one smartphone with graphene battery by...

Delays, cost overruns by Boeing and SpaceX could ice out NASA...

Everything we know about the iPhone 12 lineup so far

New To VR? Here Are Some Of The Best Virtual Reality...