A lawsuit filed in Tel Aviv District Court this month reveals the inner workings of Israel’s blockchain industry, including how some of the key players in that industry allegedly helped binary options operatives repurpose themselves as crypto entrepreneurs while at the same time reportedly being tapped by the Trump administration to promote Mideast peace.

The lawsuit, filed August 1 by cryptocurrency entrepreneur Elad Arad against Uriel Peled, Daniel Peled and a series of companies with overlapping ownership and addresses, alleges that the Peled brothers “engaged in conspiracy, deception, and serious fraud and unlawfully enriched themselves at the expense of the plaintiff.”

The Peled brothers completely deny the allegations in the lawsuit.

According to the complaint, Arad, a successful businessman and financial adviser, decided to start a cryptocurrency “hedge fund” together with the Peled brothers at some point in 2016. The purpose of the fund, which they called Coin Tree Capital, was to invest in and manage the initial coin offerings, or ICOs, of promising new blockchain companies. Arad claims that while the company, in which he owned a 33 percent stake, was busy looking for investors and business opportunities, the Peled brothers conspired against him by registering, unbeknownst to him, several additional companies with deceptively similar names and unlawfully transferring their business activity to those companies, in which Arad had no ownership stake.

“With great deviousness, in the aftermath of Elad’s marriage, while Elad was on his honeymoon abroad, the Peled brothers began their secret plot to push Elad out of the venture,” the lawsuit alleges.

Arad claims he had no idea that the Peled brothers and their associates were registering additional companies and claims that this was in violation of the founder’s agreement for Coin Tree Capital Ltd., the company he owned jointly with the Peled brothers.

“Elad began to investigate, and discovered that competing companies had been established without Elad’s knowledge and that the brothers exploited the opportunities generated by their joint venture and appropriated the opportunities, the activity, the ideas and even the name of the venture, stole them and transferred them with deviousness and without Elad’s knowledge to the competing companies.”

In response to these claims, a spokesman for the Peled brothers told The Times of Israel that “the plaintiff’s claims regarding his role in Orbs is a grave misrepresentation. It’s interesting that these false claims appeared out of nowhere when the company’s success began being publicized and not beforehand.”

“The claim that Orbs is a competitor [to Coin Tree Capital] is false because Orbs develops blockchain infrastructure, something completely different from the venture the plaintiff was involved in which was simply a hedge fund, a venture, as is well known, that failed.”

According to the lawsuit, the Peled brothers provided ICO consultancy services to a series of cryptocurrency ventures including Kik, Sirin, Stox, Orbs, Atomic, Zinc, Coti, DX Exchange, Endor, PumaPay and Leadcoin. Arad claims in the lawsuit that a third of the revenues from these ventures rightly belong to him, but that he has never been paid.

The Peled brothers reject the notion that he is owed a third of the revenues from these deals.

This list of ventures, if accurate, suggests that the Peled brothers played a role, perhaps unwittingly, in helping operatives from Israel’s outlawed binary options industry refashion themselves as cryptocurrency entrepreneurs.

Israel’s entire binary options industry was outlawed by the Knesset in 2017 for being widely fraudulent.

Meanwhile another of the ventures on the list, Kik, the Peled brothers’ first ICO, is being sued by the US Securities and Exchange Commission for failing to register its token sale as required under securities law.

According to the SEC complaint, “From May to September 2017, Kik offered and sold one trillion digital tokens called “Kin.” More than 10,000 investors worldwide purchased Kin for approximately $100 million in US dollars and digital assets — over half of this sum coming from investors located in the United States. However, Kik’s offer and sale of Kin was not registered with the SEC, and investors did not receive disclosures required by the federal securities laws.”

The SEC also alleges that Kik sold tokens at a discount to private, wealthy investors and at a higher price to the general public.

Kik denies any wrongdoing and has vowed to fight the SEC in court.

Orbs Ltd., one of the defendants in the lawsuit, meanwhile, was recently reportedly tapped by the Trump administration to develop blockchain solutions for Mideast peace.

According to the lawsuit, Uriel Peled approached Elad Arad in May 2016 about starting a cryptocurrency company. At the time, according to the complaint, this was an entirely innovative field replete with yet-to-be-revealed opportunities, which the entrepreneurs characterized as “a blue ocean.”

In April 2017 they founded Coin Tree Capital Ltd., with Uriel Peled as CEO and Elad Arad as CFO. 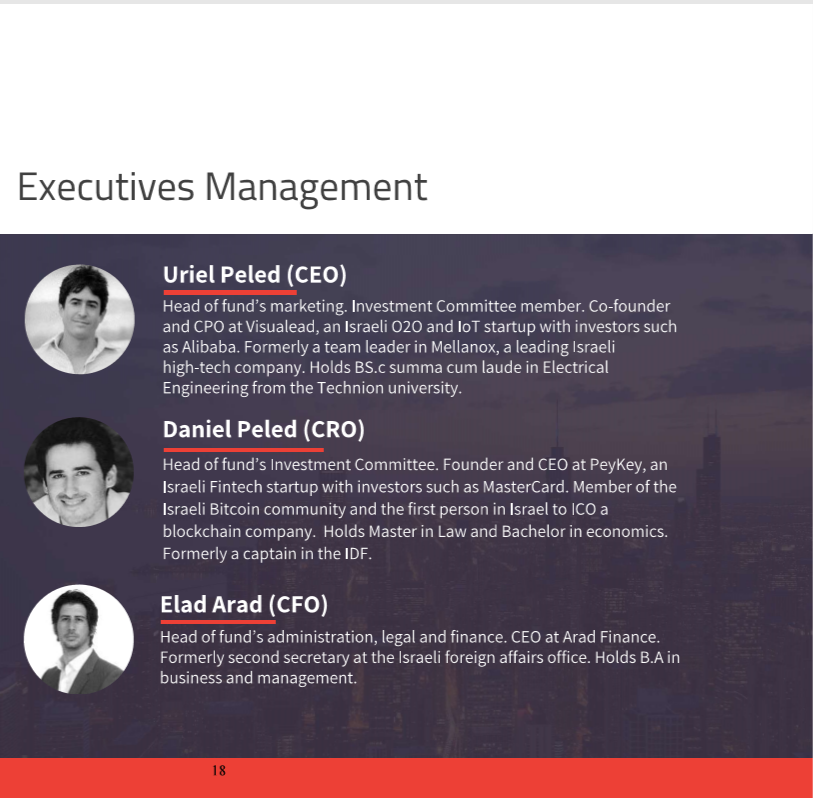 During this period, Arad, Uriel Peled and Daniel Peled worked tirelessly to find investors and investment opportunities, the lawsuit states. One of the first potential investors they met with was the late Shalom Fishel, the father of Danny Fishel, who was the CEO of Kik Interactive Israel Ltd., the Israeli branch of the Canadian company Kik Interactive, Inc.

“When the Peled brothers met with Kik, the brothers realized there was huge potential [not just investing in ICOs, but also] in providing financial and technological consulting to companies before their ICO. Kik wanted Coin Tree to provide consulting during the period leading up to its ICO,” the lawsuit claimed.

Soon afterward, the brothers helped launch additional companies while raising vast sums of money from investors all over the world through a series of wildly successful ICOs, claims the lawsuit. The lawsuit does not specify which of the numerous companies registered by the Peled brothers authored the ICOs, but asserts that the existence of multiple companies at the same address was an attempt at obfuscation on the part of the Peled brothers.

Elad worked hard for Coin Tree Capital, according to the lawsuit. He managed to find a way to transfer the company’s revenue to Israel from abroad through the IBI trust company, the lawsuit claims, because, according to reports in the Israeli media, banks were refusing to accept such money transfers that originated in cryptocurrencies. According to the lawsuit, Arad believes that the Peled brothers are still using this payment system.

The lawsuit claims that on January 16, 2018, the Peled brothers changed the name of Coin Tree Ltd. to Orbs Ltd. Arad claims that the name change was intentional, and that its intent was to obscure the connection to Coin Tree Capital Ltd., which is part-owned by Arad.

Last month, Orbs cofounder Netta Korin confirmed to CoinDesk, a crypto asset and blockchain technology website, that her team has been “working with the US Administration and the State Department… on several projects that are currently in stealth mode.”

A US government source refused to confirm or deny the claim, but if true, these projects could prove to be lucrative. The Trump administration’s Peace to Prosperity plan, unveiled ahead of June’s economic peace workshop in Bahrain, seeks to raise $50 billion from wealthy Arab governments and private investors to “unleash the economic potential of the Palestinians” and would likely involve the hiring of private companies for infrastructure and nation-building projects. 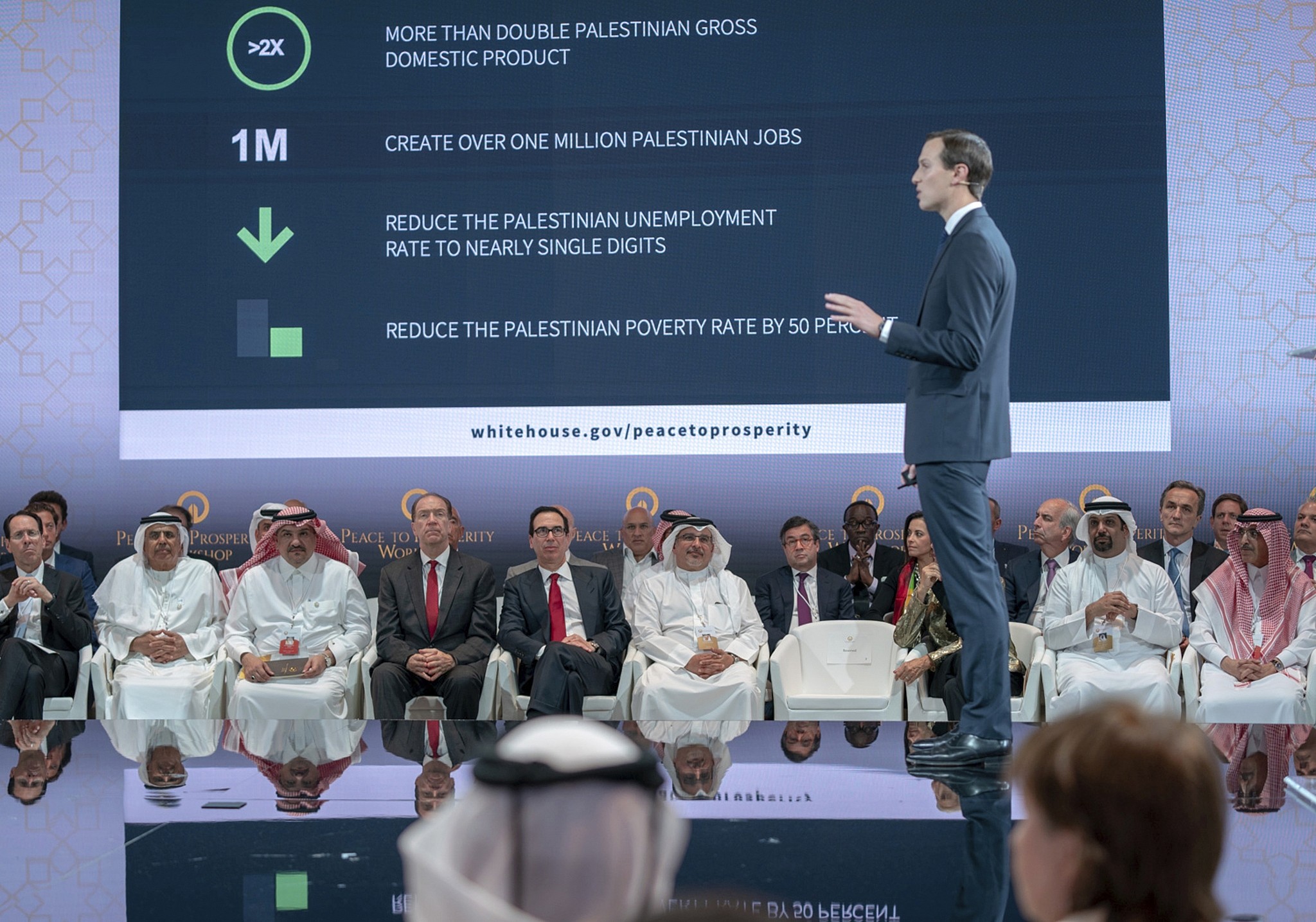 The lawsuit claims that in one case, an investor who intended to invest $2.5 million in the Peled brothers’ venture was asked to send the money to Kik and not to the company the Peled brothers jointly owned with Arad.

“The Coin Tree Group and Hexa Group are the same entity under different names,” states the lawsuit.

In fact, there are more than 10 companies founded over a period of two years that share the same address (the opulent Sarona Azrieli tower at 121 Menachem Begin Road, Tel Aviv) and have overlapping owners, some of which have similar-sounding mission statements.

Orbs and the Peled brothers deny all the allegations of fraud or misrepresentation in the lawsuit.

“Even the plaintiff’s main claim, that he is entitled to rights in Orbs, which is owned by the Peled brothers as well as Tal Kol and Netta Korin, who never met him, is absurd and without foundation. The plaintiff never worked for Orbs and never contributed a thing to the company,” a spokesperson for Orbs told The Times of Israel.

“This strange series raises questions about the motives and people behind the lawsuit. We are certain that these will become clear in court.”

Swiss Crypto Bank to Boost its Growth with $96M Fundraising

Apple Patents Tech To Help You Track Your Sleeping Habits

Ring In The New Year With The Best PS4 Games

Firefox for Android Will Soon Migrate to the Revamped ‘Preview’ Version

“R” you ready? Pixel 4 running the next Android developer preview...