It’s September, and you know what that means; summer is over and a new iPhone is around the corner! The tech giant announced its newest lineup of smartphones at a press event in Cupertino this morning, alongside a bevy of other devices, services, and innovations.

Apple has been struggling a bit to keep users interested in new devices on a yearly basis. With skyrocketing prices and few innovations from event to event, CEO Tim Cook and the rest of the Apple team are doing their best to garner the attention of smartphone buyers around the world.

Will the 2019 edition of the iPhone turn heads or is waiting another year a more appropriate decision from a financial and moral standpoint? Let’s find out now!

After all the updates on Apple Arcade, Apple TV+, and the new iPad lineup, Apple finally got to the news we’d all been waiting for: the launch of the iPhone 11 lineup. The newest iPhone ⁠— much like the entire smartphone industry ⁠— experienced an unprecedented number of leaks. Even before the event began, we knew about the camera, the price, and even the naming scheme.

Now that the Apple event is in the rear view mirror though, we’ve got a lot more details about what these new iPhones can do and what you can do with them. 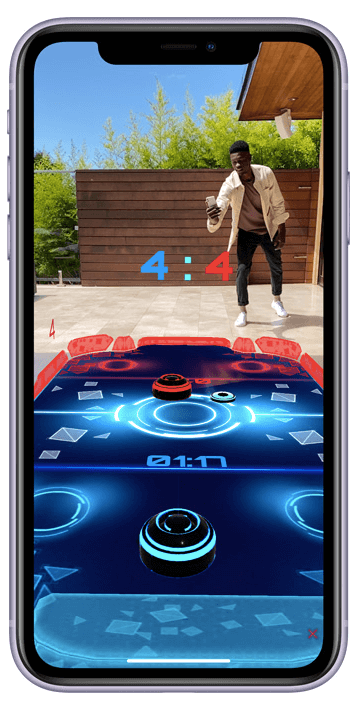 The flagship product, the prodigal device, the sexiest smartphone on the planet has a new iteration: the iPhone 11. This stylish, practical, surprisingly affordable smartphone comes in six different colors, including white, black, yellow, mint, purple, and Product Red. The two rear-facing cameras are the most notable upgrade, despite their less-than-attractive appearance. Here are a few of the other notable specs:

The most significant development about the iPhone 11 is the price. Long-time Apple fans will recognize that the price tag is identical to that of the iPhone 8 at launch just two years ago, a serious twist in the trend of increasingly expensive devices. Sure, Apple has been fleecing us for $1,000 smartphones for a couple years now, but the tide could be turning as the tech giant pivots towards building smartphones that everyday consumers can actually afford.

Dubbed as a device for professional, the iPhone 11 Pro is loaded with all the extra features, specs, and cameras you’ll need to do even more with your smartphone. From the added rear-facing camera to the substantially improved battery life to the beautiful OLED display, the iPhone 11 Pro is the competitive, expensive iPhone we’ve come to know and love (kind of). 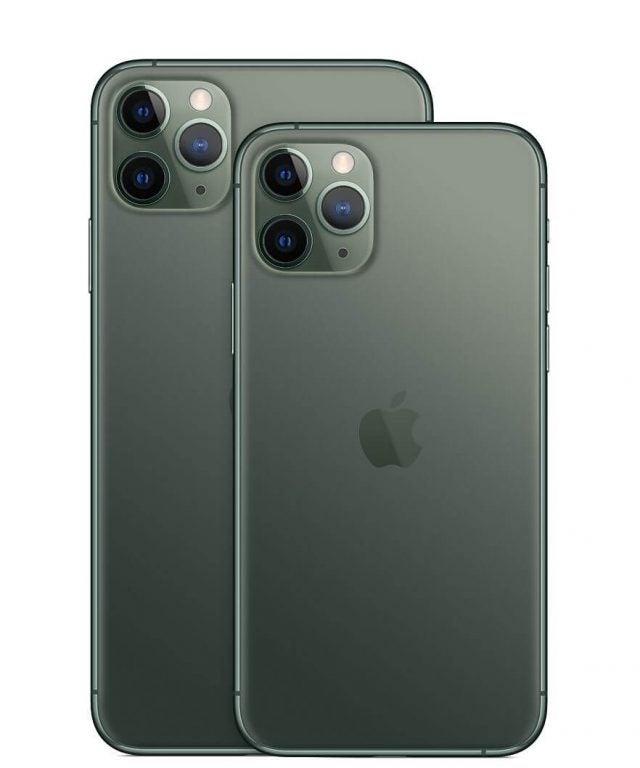 The added lens and OLED display are the main differences between the iPhone 11 and the iPhone 11 Pro. The telephoto/portrait will allow you to take some of the most stunning pictures and videos, shooting in 4K for that professional looking shot every time.

If you think bigger is better ⁠— and let’s be honest, who doesn’t? ⁠— then the iPhone 11 Pro Max is going to give you goosebumps. Between the 6.5 inch OLED display and the even further improved battery life, this hefty iPhone provides you with the added screen size and longer life necessary to get the job done.

At only $100 extra, the iPhone 11 Pro Max won’t break the bank just because you want a bigger screen. Most of the specs are identical to the iPhone 11 Pro, so don’t feel obligated to pull the trigger, as you won’t be getting much else. But if you’re looking for that larger smartphone feel, an extra $100 is hardly a dealbreaker.

When Will the New iPhones Be Available?

Now that you know all there is to know about these new iPhones, you have to be itching to know when you can buy one of them. Fortunately for you, Apple is allowing customers to start preordering devices as early as Friday, September 13th, with devices becoming available in stores on Friday, September 20th.

So you’ve got a little more than a week to think about whether or not you want to buy the iPhone 11 or one of its more expensive compatriots. The real question though: should you buy one at all?

Should You Buy an iPhone 11?

Apple announced a lot of cool upgrades to the iPhone lineup. From the almost excessively improved camera to the crystal clear displays, Tim Cook and his band of merry speakers made the iPhone 11, the iPhone 11 Pro, and the iPhone 11 Pro Max look like absolute necessities for diehard Apple fans everywhere.

However, when you consider the bigger picture, this new lineup doesn’t do enough to make up for what it’s missing, and more notably, what’s to come. With 5G rumors swirling around the 2020 iPhone already, waiting another year is not only a practical decision, but a necessary one if you want to be sure your device is compatible with this new, speedy network. Plus, with affordability becoming a bit of a trend in the smartphone industry as of late, 2020 could see Apple finally taking lower prices seriously for their customers.

In so many words, there’s nothing specifically wrong with the iPhone 11 (except for that ugly camera bump), but if you’re looking for a big upgrade, waiting until next year is the right move.

Read more of the latest tech news on Tech.co

admin - September 28, 2019
0
Google has been adding new Android Auto features over the years in order to improve the end-user experience, a dark mode being the latest...

Here are the free games hitting Xbox Games with Gold in...

Trails Series’ Next Game to Launch in Japan by September 2020...

You can now bliss out with Journey, a PlayStation original, on...

Shh! The Tech is Listening!