Apple unveiled its iPhone 11 smartphone today, and we got a look at it. Here are some hands-on impressions.

This phone is a successor to the iPhone XR. It has a cheaper liquid crystal display (LCD), and it has a 6.1-inch display — pretty much the same as what you could get with last year’s model.

The phone features an Apple-designed A13 Bionic processor, which has both better central processing unit (CPU) and graphics processing unit (GPU), as well as upgraded machine learning acceleration and a new Neural Engine. This chip has 8.5 billion transistors, compared to 6.9 billion for the A12 processor. The CPU’s dual performance cores are 20% faster than the previous generation, and they use 30% less power.

Apple showed off the processing power with a game dubbed Pascal’s Wager from Giant Interactive. It can also do better face recognition with “enhanced Face ID. Now it can recognize your face even if the camera angle is a bit off. 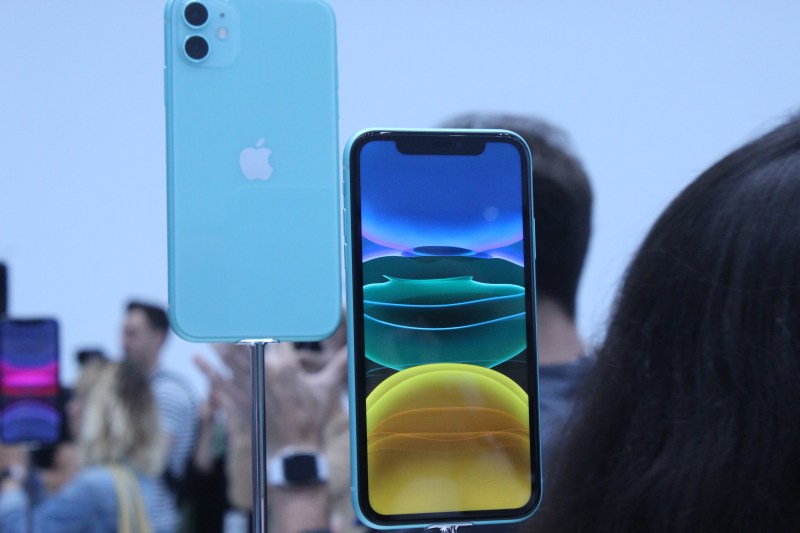 When you look at the screen as you take an image, the immersive camera interface lets you see outside the frame, so you can see the outline of what will be in the image with the ultra-wide camera. You can just tap the screen to switch from ultra-wide to regular modes.

One of the most useful new additions is Night Mode. (It can now compete with Google Pixel and Samsung Note phones). With Night Mode, the camera automatically brightens the parts of a picture that are washed out, particularly when a subject is backlit or there are a lot of different shades of lighting in the same image. I think this is the most impressive improvement.

It can shoot video at 4K resolution up to 60 frames per second. It can also do slow-motion and time-lapse shots.

The iPhone 11 can also do selfie videos or “slofies,” as Apple calls them. You can order the iPhone 11 now and it ships on September 20. It has 17 hours of video playback time and 65 hours of audio playback time. Overall, there are a lot of improvements over last year’s model.

Facebook is looking to start a News tab on its platform,...

Qualcomm Snapdragon 865 to launch next month: Here’s what to expect

Cloud ‘land grab’ to descend on SA this year