Android 10 is going to be here any day now, with Android 10-specific security patches getting released and Google announcing a rebrand of Android as a whole. One feature that Android 10 has is a system-wide dark mode, which when enabled, will switch on dark mode in supported apps as well. Google has been updating all of their apps to support it, and the latest Google app to get dark mode is the Google Pay application. The screenshots below come courtesy of Android Police.

There is no way to toggle dark mode from within the Google Pay app, so you’ll need to be on a smartphone running Android Pie or Android 10 with dark mode enabled. It would appear that the feature was added in  v2.96.264233179 of the Google Pay app, which seems to be rolling out slowly on the Google Play Store. It’s not AMOLED black, but if you care about battery life, then that doesn’t really matter anyway. Enabling battery saver will also enable dark mode in Google’s apps. As Android Police notes, there does not appear to be any menus that have been missed out on.

Other apps which have recently gotten themed include Google Fit, Files by Google, with older ones such as Google Keep having had a working dark mode for months now. With Google Pay finally getting one as well, it doesn’t appear that there are many apps left for Google to finish off before Android 10’s release. 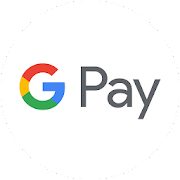 The Apple Card is now open to all iPhone owners

Forza Motorsport 6 to be delisted next month