The most popular new feature in Android 10 is the system-wide dark theme. The built-in dark mode toggle makes the Settings, SystemUI, and framework take on a darker shade of Material Design colors, but it also enables dark mode in supported third-party apps. Google said they would be updating all of their major Android apps to have a dark theme before the release of stable Android 10, and while they’ve updated many of their apps, there have been a few hold outs. Notably, the Google Play Store and Gmail app failed to receive dark modes before the Android 10 release, but one week after launch, the latter is finally getting its promised dark theme update.

As first noted by multiple users on Reddit, the latest version of the Gmail app for Android, version 2019.08.18.267044774.release, has a fully functioning dark mode. We activated the feature manually to confirm that it is working. Below are some screenshots I took on my Pixel 2 XL running Android 10. You can see that there’s now a theme option in general settings, which lets you pick between a light, dark, and system default option (ie. follow the dark mode toggle in Android 10’s settings.) After enabling the dark theme, the background color becomes a dark gray color which is present in all folders in your inbox and in most emails.

Microsoft barely beat Google to the punch by rolling out dark mode in its email app, but we’re glad to see that Google hasn’t taken long to catch up. Once the Gmail dark mode rolls out more widely, we’ll let you all know.

The version of the Gmail app that has the dark mode is rolling out on the Google Play Store, but you can also sideload it from APKMirror. If you want to enable the dark mode manually, you’ll need to have root access so you can set the DarkThemeSupport__dark_theme_support boolean flag to true in /data/data/com.google.android.gm/shared_prefs/FlagPrefs.xml. After setting this flag to true, save the file and then force close the Gmail app. I attempted to enable this flag on my rooted ASUS ZenFone 6 running an Android 9 Pie custom ROM, but I couldn’t get the dark theme working. If you get the Gmail dark mode working on an Android version earlier than 10, do let us know in the comments below! 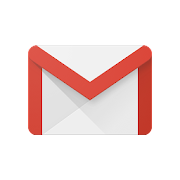 Google Drive is now available as a Progressive Web App

Mobvoi TicPods 2 Pro review: Drowned out by the competition

Can you fight Android 21 in Dragon Ball Z: Kakarot?

admin - September 11, 2019
0
Apex Legends datamines have allegedly revealed some major information about the game's upcoming third season. If leaks are to be believed. Apex...

What Apps Are Growing In The Kin Ecosystem?

Wasteland Remastered will release next month