When it comes to app launchers, Android users are absolutely spoilt for choice. OEM UX skins come with their own launchers, such as Google’s Pixel Launcher, OnePlus Launcher, MIUI Launcher, POCO Launcher, and others; while we also have our favorites like Nova Launcher and Lawnchair from third-party developers. Most of these launchers aim at providing ample customization options to users and other utility-enhancing features. However, the side effect of constantly adding on new features is that you eventually require more powerful hardware to smoothly run some of these launchers. However, for users on Android Go devices, constant feature additions taxes the already limited hardware. With that in mind, GO Custom Android Launcher, or GCA, is designed and built keeping in mind the needs of the Android Go community as well as other Android users in mind.

GCA Launcher by XDA Senior Member is a launcher that draws inspiration from Chrome OS as well as Pixel Launcher. Go Custom Android Launcher offers a single-screen homescreen and a well-rounded and smooth experience for Android Go devices as well as for regular Android devices running on Android 5.0 Lollipop and above (including tablets and devices on Android 10). While the homscreen is a single screen, single widget setup, you can customize the App Drawer. The app drawer also features a multi-purpose search bar. The launcher also supports notification badges, though, on Android Go devices, this is also dependant on the OEM allowing the feature in the first place. In addition to these features, there is also support for adaptive icons and icon packs, gesture recognition, predictive actions and apps and more; though, again, some of these features are limited by your OEM and memory requirements.

If you would like to try out GCA Launcher, head on over to the links below: 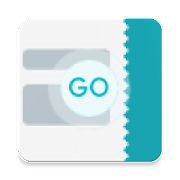 Snap Figures Out How to Grow Again — The Motley Fool

Too Much TV, Smartphones May Reduce Brain Development In Children