Mozilla is about to release Firefox 72.0.2, an update for the stable channel version of the web browser.  The new version of the Firefox web browser is a stability and bug fix release; it does not appear to contain any security fixes.

The new version of Firefox will be offered automatically via the browser’s automatic update system provided that Firefox users have not disabled the functionality. It will also be made available on the official Mozilla website and third-party websites once it has been released.

Firefox users can run manual checks for updates with a click on Menu > Help > About Firefox. The browser queries the update server and either downloads and installs the new version automatically or on user request depending on updating preferences. 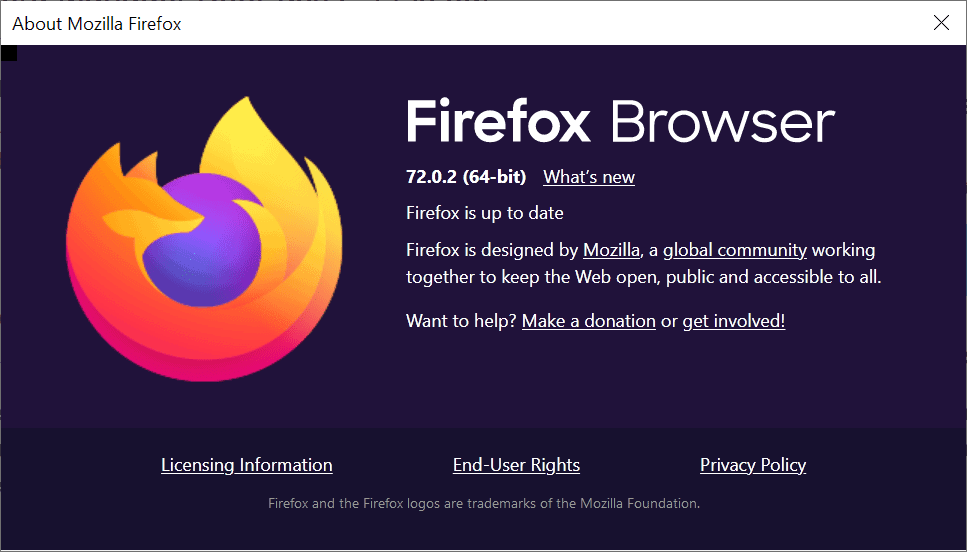 The browser is offered as a 32-bit or 64-bit version by Mozilla. As far as changes are concerned, the following is changed in the new Firefox 72.0.2 version:

Firefox for Android 68.4.2 will also be released on January 20, 2020. It makes minor fixes only according to Mozilla.

Now You: Have you installed the new version? What is your impression?

Firefox 72.0.2 will be released later today

Mozilla is about to release Firefox 72.0.2, an update for the stable channel version of the web browser.

Apple Music ‘Replay 2020’ Playlist Now Available, Will Update With Your Most Streamed Music Every Week

Google Needs These 9 Features in Android 11

Overwatch Is Making Big Changes To Keep The Meta ‘Fluid’

How to Stream the 92nd Annual Academy Awards

Toripon is a great way to relax by taking pictures of...

Quantstamp Trading Down 13.2% This Week (QSP)

Ancient BEE died in modern-day Myanmar 100 million years ago was...