The Binance’s chief CZ says his team is conducting an investigation and states that Matic has nothing to do with the event that made a great deal of investors lose money.

In a blog post, Matic explains, why the price plunge was not their fault while traders and analysts are offering their reasons for what has happened.


Matic had NO role to play in all this.

For token movement, We announced the release of ~0.25% (248mn) tokens as Oct unlock, which coincides with aggregated outward movement.

MATIC will bounce back stronger than ever!

An allegation came from a Twitter account where the author said that the price dump was provoked by the platform itself.

In the blog post, MATIC wrote that they had warned the community in advance about the future outward token movement, which constituted 2.5 percent of the total supply and provided evidence from Etherscan.

Later on, an apology followed from the initial account that had published the FUD post. The author apologized for publishing the data which proved to be inaccurate. 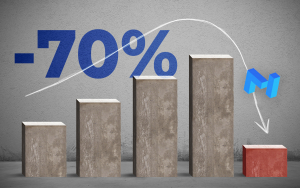 Are whales to blame for the MATIC price dump?

In his tweet, the head of Binance, CZ, mentioned that the price plummeted because several big traders panicked and caused the sell-off.


Our team is still investigating the data, but it’s already clear that the MATIC team has nothing to do with it. A number of big traders panicked, causing a cycle. Going to be a tough call on how much an exchange should interfere with people’s trading. https://t.co/wOVF6tEBkQ


A crypto trader @Thrillmex also believes that this happened due to a crypto whale unleashing all his MATIC stack to the market. Smaller traders panicked and began selling, he writes.

The trader reminds the community not to risk more than they can afford to lose when investing in crypto.


A cryptocurrency analyst @CryptoMichNL says the reason of the price dump was low liquidity of MATIC on Binance and the fact that the exchange allowed margin trading on it and similar coins, such as RVN.


Honestly believe that introducing margin on low liquidity coins like $MATIC / $RVN would only cause the coins to drop even further than normal.

Spot books, a dump would have been there, but seeing the insane wicks on them, I don’t think including margin was a proper idea.


The trader Scott Melker agrees with him, also citing low liquidity of MATIC as the reason of the dump.


The dump we just saw on $MATIC is likely an example of what happens when you allow high leverage trading of illiquid assets. This can cause a cascade of liquidations and stop losses fueling an epic drop.

Cryptocurrency in Focus: Bitcoin Cash Gets Bit by Tax Controversy

TOKEN2049 is Back for 2020, Examining What’s Next for the Crypto Industry

Crypto-Related Deposits Drop by Half at Metropolitan Commercial Bank

Is this the start of the crypto fightback? | Cryptocurrency news

Use your Android phone to cast to your TV

Crypto Exchange Hacks on the Rise

Ori and the Will of the Wisps goes gold ahead of...