Ripple’s On-Demand Liquidity [ODL] platform has been noting a barrage of transactions, especially with the popular MXN corridor. According to the ODL data provider on Twitter, H_M_X, out of the total $108 million ODL flow in the fourth quarter, the MXN corridor was responsible for $100 million in transactions. Owing to the success of this corridor, Ripple had announced plans to open gateways to several other nations soon. However, Crypto Twitter has always been prompt in piecing together information and speculating on what’s next.

Crypto Twitter speculated that Ripple might be working on a new corridor with the help of either Bittrex or Binance or both. The speculation stemmed when a Twitter user @hallwaymonitor2 asked the community about the wallet address rBgnUKAEiFhCRLPoYNPPe3JUWayRjP6Ayg.

Does this anonymous exchange account belong to Bittrex or Binance?https://t.co/yhSQ7vl3v2https://t.co/PQOfylCb3nhttps://t.co/vfRwGUp9oN

The user noted that the address received ODL like transactions from BTC Markets, Ripple’s ODL facilitator in Australia. After digging deeper into the wallet activators, it was found that the source address belonged to Ripple co-founder, Arthur Britto. Thus, answering the question put forward by twitter user @hallwaymonitor2.

However, this did not leave Binance and Bittrex out of the picture. The user pointed out that the aforementioned address received transactions from the Australian exchange, BTC Markets, shortly after AUD/XRP trades.

rBgnUKAEiFhCRLPoYNPPe3JUWayRjP6Ayg transacted 300,000 XRP to a Binance [1] wallet address with destination tag 104502291 and with Bittrex wallet where it transacted 550,000 XRP with destination tag 1829104356. The small transfers of XRP on these exchanges could indicate a testing phase between the corridors. Bittrex already serves as an ODL corridor in the United States, however, Binance could be a new addition to the list.

“Honestly I don’t know is this ODL but the MO suggests it would be. The key is to deanonymize this account first and then check are they selling the arriving XRPs to FIAT or not.”

However, they found an old XRPL Monitor tweet with the transaction of 70,000,000 XRP from rBgnUKAEiFhCRLPoYNPPe3JUWayRjP6Ayg to rpPcmcGQ5iTXDc5zF5owxwTifkTs1qYrA6, an address activated by Bittrex.

Moreover, even though Bittrex activated the rpPcmcGQ5iTXDc5zF5owxwTifkTs1qYrA6 address, Binance appeared to be using it as a cold wallet, chimed XRP scan. 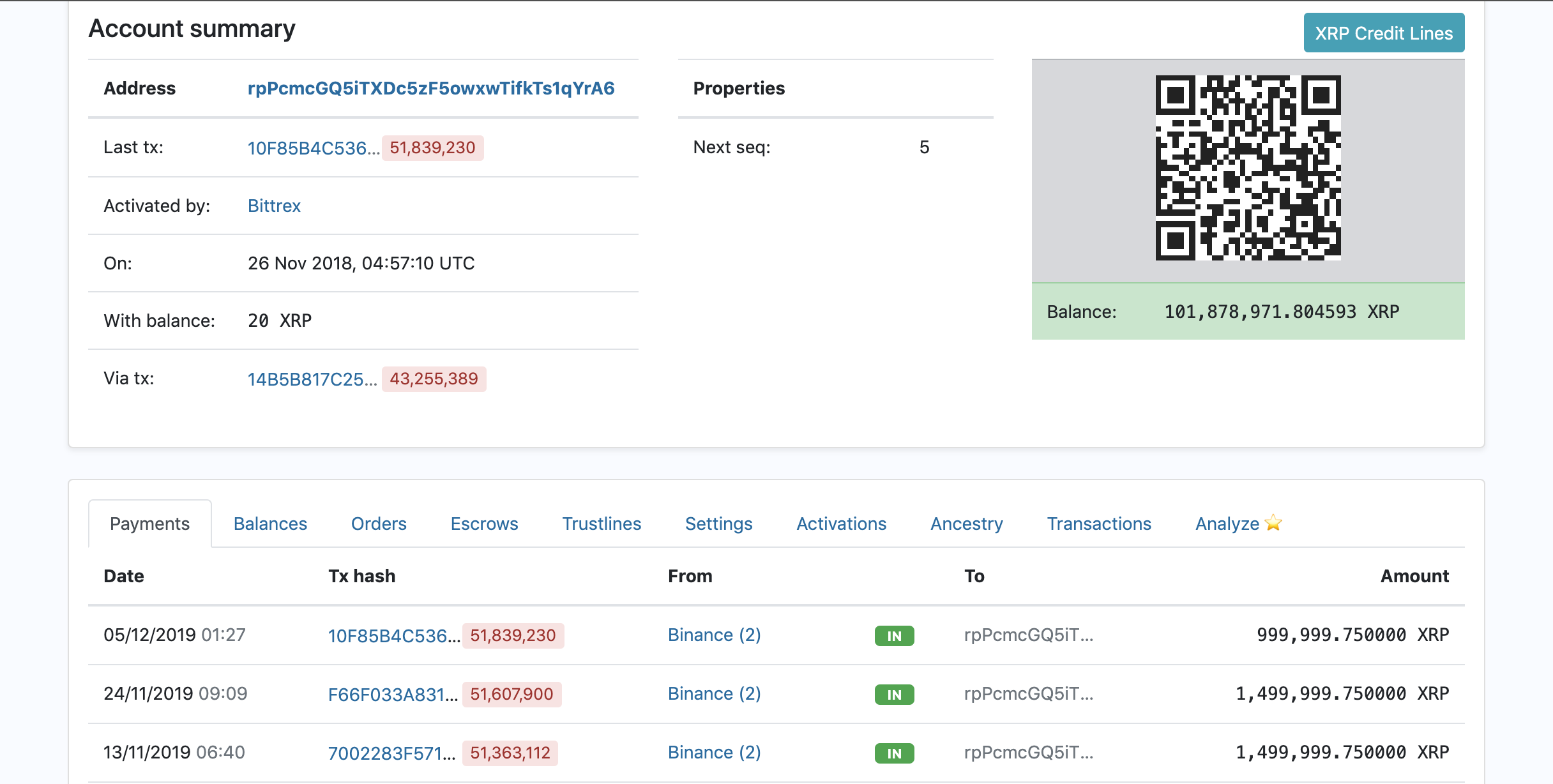 If there is a new corridor being established where Binance may act as a facilitator, the platform needs to be tested with small transactions. The current transfers taking place between BTC markets, wallet address- rBgnUKAEiFhCRLPoYNPPe3JUWayRjP6Ayg, Binance and Bittrex hint at such a testing phase.

AMBCrypto has reached out to both Bittrex and Binance for comments and will update the article accordingly.

When IRS Asks About Cryptocurrency On Your Taxes, Answer Carefully

admin - August 3, 2019
0
A new leak came out regarding a possible new laptop from Samsung. Let’s find out.We Need You To Join UsDo you love talking about...

The Android Police Podcast is live on Twitch

Trends and innovations at the world's largest gaming event

Huawei OS sub-$300 phone may be Android shock to ship

Litecoin Price Analysis: Will $81 be LTC’s Next Shelter?