Pearl Abyss, developers of the fabulous MMORPG Black Desert, have announced that their free to play mobile title Black Desert Mobile will launch globally for both Android and iOS devices on 11th December.  After a hugely successful soft launch on Android devices in seven countries, which garnered more than 3 million game pre-registrations, the developers will celebrate by rewarding all those who pre-register through the official website with a free copy of Black Desert on supported consoles or PC. 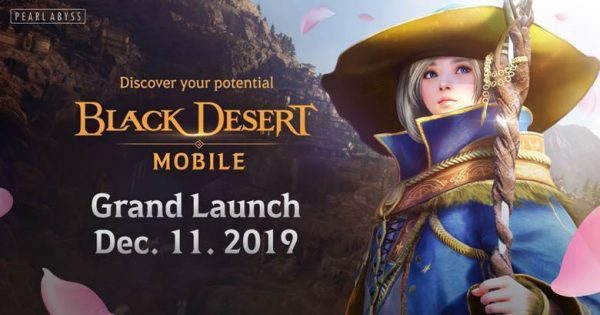 In Black Desert Mobile players will venture into an epic open world filled with relaxing life skills such as trading, fishing and horse breeding,  or take to the highways and byways of the game world seeking out adventure and combat.  Players will be able to choose one of five different character classes and select from a variety of skill sets to better reflect their personal playstyle.

Upon release the game will feature:

Pre-register Black Desert Mobile now either through the official website, Google Play or the App Store ahead of the game’s launch on 11th December.

How to sync Nextcloud calendars with Android

The Teracube Android phone takes a different approach to sustainability

Dolphins vs Colts Live Stream: How to Watch Without Cable

Crypto Market Loses Over $40B in A Week

Fruit That Smells Like Butt Could Charge Your iPhone

What To Expect From PlayStation 5 (PS5 Release Date And Price)