Sentiment has been weak today and some analysts have attributed this to the low take up of Bakkt futures.

Binance US also made its debut today and low volume there could be playing its role. One thing is for sure “Hodlers” will be worried right now.

The SEC is deliberating on the state of the Wilshire Phoenix Bitcoin Exchange-Traded Fund as we speak but no concrete news has hit the wires. 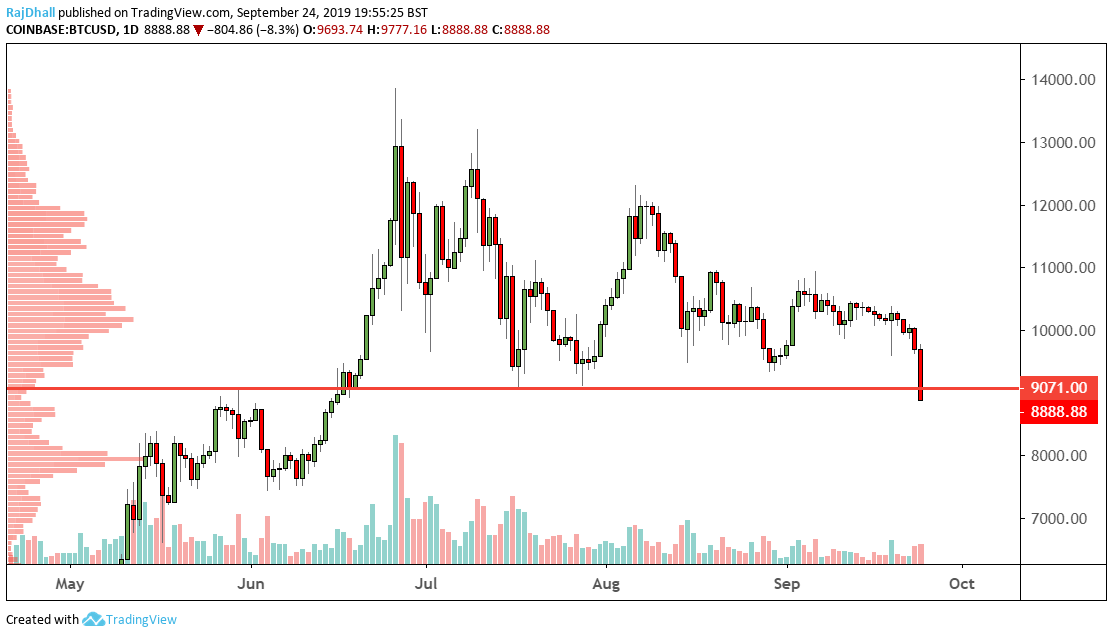 On the four hour chart below ETH/USD is currently in freefall.

Looking at the chart the golden Fibonacci ratio of 61.8% is providing some support and price has stalled.

On the volume profile, this price is a low volume node which means there is normally not much volume interest there and the level was used as resistance a few times on the left-hand side of the chart.

LTC/USD has faced a fresh wave of selling pressure following the breakout of a bearish flag structure.

The low area of August is subject to a retest, a breach could invite much further panic selling for Litecoin.

When IRS Asks About Cryptocurrency On Your Taxes, Answer Carefully

Changpeng Zhao Emerges as the Wealthiest Crypto Billionaire of 2020

What U.S. Citizens With Cryptocurrency Need To Know

admin - September 5, 2019
0
Fireblocks is now offering its traders more coverage across the crypto industry, adding five new exchanges to its roster, bringing the...

Jedi: Fallen Order hands-on — This is the Star Wars adventure...

Microsoft kills all third-party skills as it refocuses Cortana for the...

LineageOS drops support for Nexus 6P, Pixel C, and 14 other...

Bitcoin bounces back over $10,000 amid coronavirus concerns | Technology