Today there’s a war between premium smartphone players who are out to win consumers over with the latest and greatest cameras. Last week Patently Apple posted a report titled ‘Xiaomi just stole Samsung’s Big Thunder for the Galaxy 11+ by Delivering a new Smartphone with a 108MP Camera Sensor.”

While Apple’s iPhone 11 Pro is selling well and getting great reviews, Xiaomi and Samsung’s upcoming Galaxy S12 launching in late February will set the tone for early 2020 smartphone cameras with their respective 108MP Camera sensors.

Now we’re learning that Apple has acquired ‘Spectral Edge,’ a UK startup. It’s website and Twitter page have been removed. The Cambridge Science Park site covers a short profile on Special Edge stating: “Our expertise is at the cutting edge of image processing. By combining patented Image Fusion with Deep Learning we can reveal more of the colour, detail and clarity in a scene. The smarter the processing, the more the image reveals the richness of the moment. It is embedded real-time technology – no filters or apps required.”

The LinkedIn profile of Christoper Cytera notes that he was the COO and one of the founders of Spectral Edge right up to November 2019. So the acquisition must have been official as of December first.

His profile pointed out that he was “One of the founders of Spectral Edge, a spin-off from University of East Anglia. The company developed Phusion, a new technology for improved image capture and display accessibility.

TechCrunch covered the company in a report posted in 2016 and posted the photo seen below. 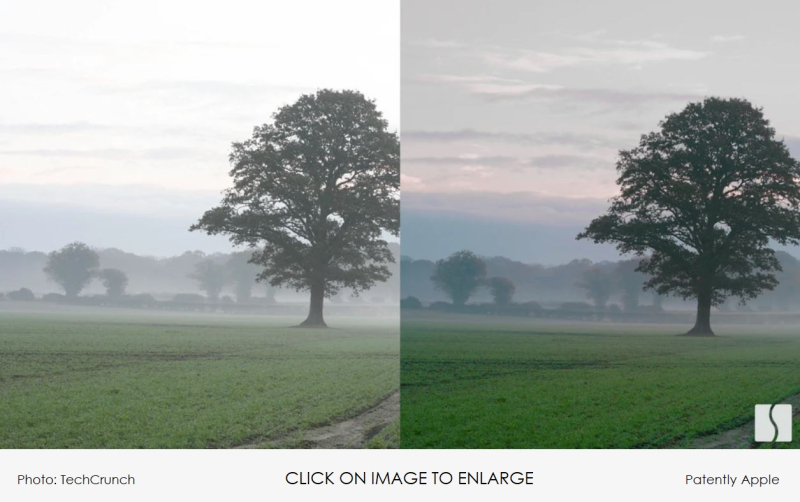 TechCrunch noted at the time that the “U.K. based startup Spectral Edge has developed a mathematical technique for improving photographic imagery, blending data captured by a standard camera lens with an infrared shot of the same scene in order to enhance the depth and color of the photo.

Its computation photography technique, called Phusion, works especially well for sharpening detail in shots taken on hazy days or when elements in the scene have been over-exposed, according to MD Christopher Cytera.

Cytera added that “It’s bringing extra detail into the picture that you can’t necessarily see with a normal camera. Because infrared penetrates through mist and fog much better than visible light. And so when you have a picture with a little bit of mist, little bit of fog you get a much more stunning effect.

The secret sauce is being able to combine… the infrared with the visible light picture in a way that’s pleasing. There’s been other techniques to combine the two in the past but they don’t end up with pictures that are nice to look at.”

Spectral Edge,  which holds patents on the technology, was founded at the University of East Anglia in early 2011, before being spun out in March 2014. For more, read the original TechCrunch report.

Patently Apple took a quick look tonight and found one granted patent from Spectral Edge titled “Image processing method and system,” and a patent application titled ‘Method and System for Generating an Output Image from a Plurality of Corresponding Input Image Channels.

admin - July 24, 2019
0
One major challenge faced by Android users today is the security of the operating system especially during setup. The use of smartphones for communication,...

Bitcoin Makes a Drastic Fall; Goes Down to $9700

Voidpoint Will Not Be ‘Censoring’ Controversial Term Used in Ion Fury

Final Fantasy 14 Director Wants to Release the Game on PlayStation...